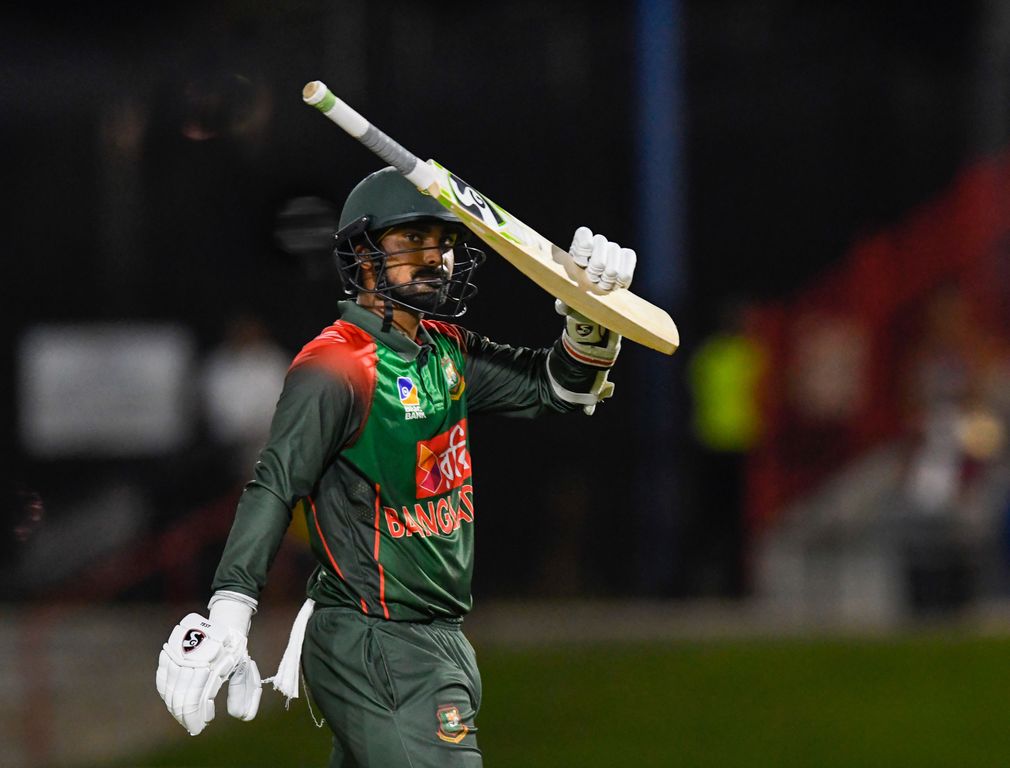 The victory saw the Tigers seal the three-match series 2-1 after losing the first match in St Kitts.

Liton’s first fifty in international T20 cricket allowed Bangladesh to post a competitive total of 184/5 in their 20 overs after the visitors had opted to bat first after winning the toss.

While Liton’s onslaught with the bat came at the start it was Mahmudullah who added impetus to the innings at the end with an unbeaten 32 off just 20 balls.

Windies seamer Keemo Paul was the pick of the bowlers for the hosts with 2/26 from three overs while his skipper Carlos Brathwaite also snared two scalps.

Bangladesh left-arm seamer Mustafizur then took three wickets, including the prized scalp of Andre Russell as the Asian side restricted the Windies to 135/7 in 17.1 overs before rain brought an end to proceedings.

Russell was dangerous while he was at the wicket but was eventually out for a 21-ball 47 that put to bed any hopes of a Windies victory.

The victory capped off a huge turnaround in the Caribbean for Bangladesh after they lost heavily in the Test series.

The Tigers won the three-match ODI series and now also go home with the T20 spoils.