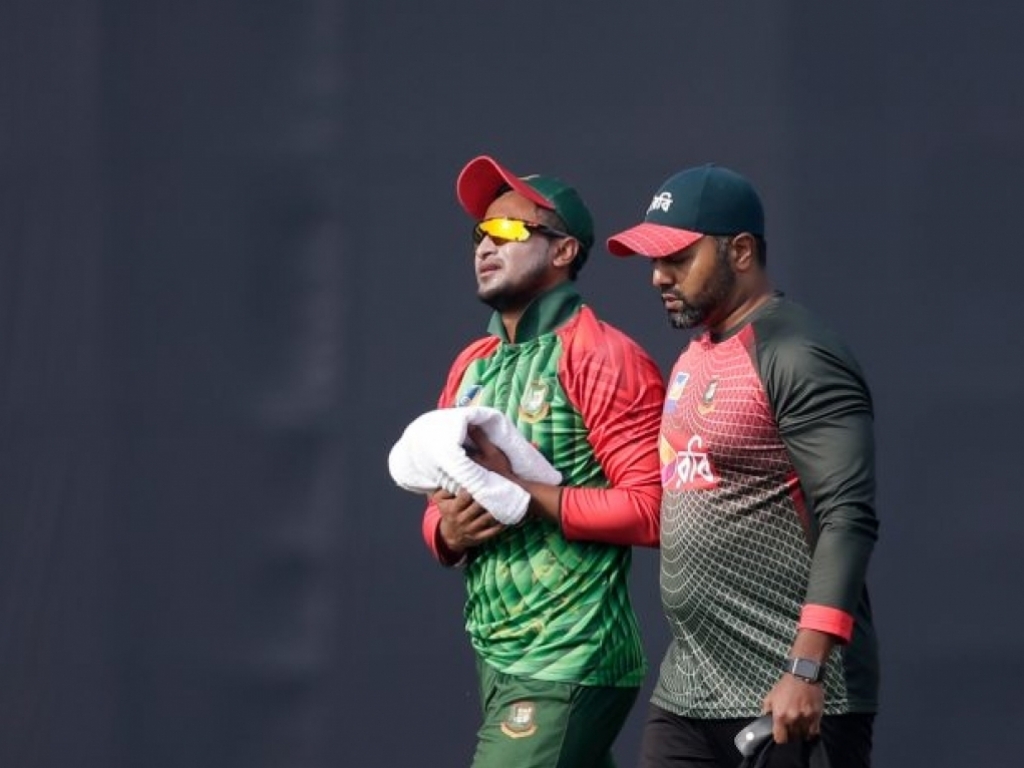 Captain Shakib Al Hasan has been ruled out of Bangladesh’s T20I tri-series campaign with Sri Lanka and India in March.

Al Hasan is still nursing an injury to his left hand sustained during an ODI against Sri Lanka in January.

Batsman Tamim Iqbal was in contention to deputise for Al Hasan, but all-rounder Mohammad Mahmudullah has ultimately been handed the stand-in captaincy.

Sri Lanka have also been hampered by a string of injuries, with trio Angelo Mathews, Asela Gunaratne and Shehan Madushanka were considered for selection.

All seven matches will be played at the R Premadasa Stadium in Colombo.