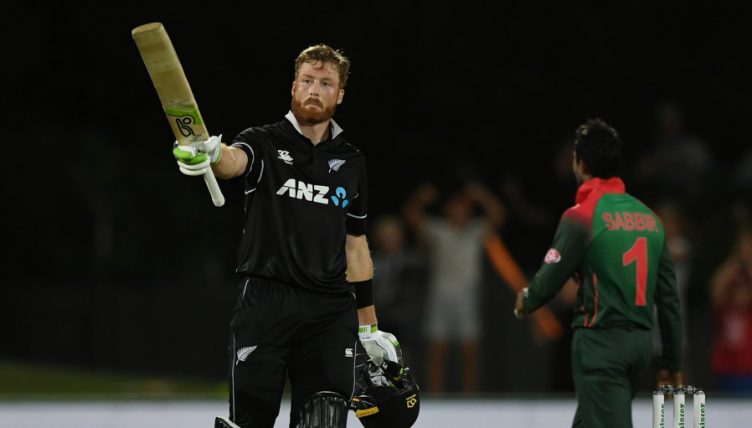 New Zealand eased to an eight-wicket victory over Bangladesh in the first ODI on the back of Martin Guptill’s 15th century and a solid effort from the bowlers.

Bangladesh never truly recovered from new-ball bursts from Matt Henry (2/48) and Trent Boult (3/40). The Tigers were 42/4 inside the first nine overs. Mohammad Mithun made 62 and Mohammad Saifuddin 41 but 232 all out never looked like a winning score.

A hundred partnership for the first wicket between Guptill (117 not out) and Henry Nicholls (53) laid the platform, and Ross Taylor’s unbeaten 45 helped the Blackcaps over the line with 33 balls to spare.

Guptill reached his century off 103 balls, eventually finishing on 117 off 116.

The teams now head to Christchurch for the second ODI on Friday, where victory for New Zealand would seal the series with a game to spare.