Mashrafe reaches out to England players 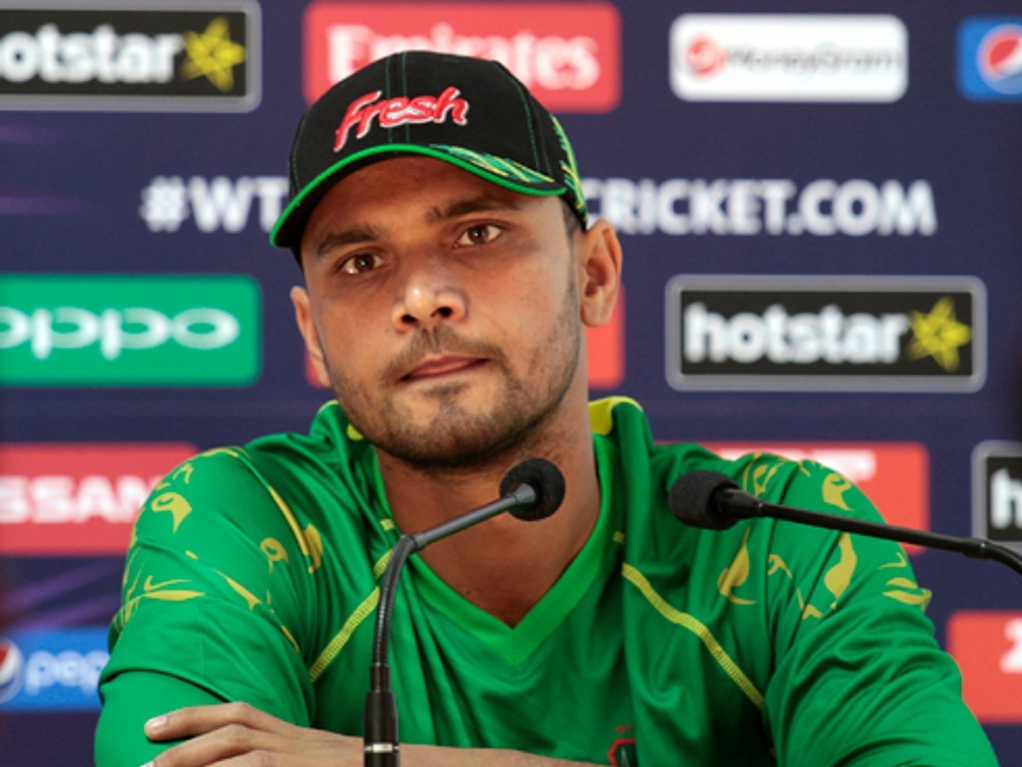 Bangladesh limited-overs captain Mashrafe Mortaza , has sent out an impassioned plea to the England players, ahead of a decision by the ECB regarding whether or not to tour the Asian nation.

There are fears in Bangaldesh that they will fall into isolation, much like Pakistan, if England refuse to tour the country in October.

England's fears were sparked by an attack on a Dhaka cafe by Islamic militants earlier this year.

Mashrafe told a media gathering: "I would tell all the players to come to Bangladesh,

"I can assure you that you can play cricket here wholeheartedly. You don't have to think of anything else. It will be a competitive series. Our friendship will get deeper if we play in this series. It is not just about the game. There are a lot of things connected to this series.

"We are hoping that they would come here to play. From what I have heard, our security forces are giving it the highest attention. I have confidence in them since we have hosted many big tournaments in the recent past.

"As a player I would urge for cricket to continue. These incidents are happening all over the world and if we postpone playing now, there will be a time when we would have to stop the game. We all have to keep our faith on the ECB team that visited recently as well as the two boards."

Mashrafe had earlier expressed a hopeful spirit regarding the tour and said England's participation in the under-19 World Cup was a good sign.

About Bangaldesh players contacting English counterparts, Mashrafe said: "If some of the players have a friendly relationship, they may knock each other. But these things are mainly dealt by the boards, on whom we have to depend upon,

"I believe that the ECB is taking it very seriously, and they will be satisfied with our security plan.

"England has been with us from day one and I believe they will be with us now as well. They sent their team to the U19 World Cup."

Mashrafe indicated the Cricketers' Welfare Association of Bangladesh may yet play a role in discussions.

The skipper said: "I think steps can be taken through our players association, because it does have an impact. Maybe our players' body isn't the strongest but I still feel that if there's an opportunity, we can venture into that avenue too. A lot is at stake here."