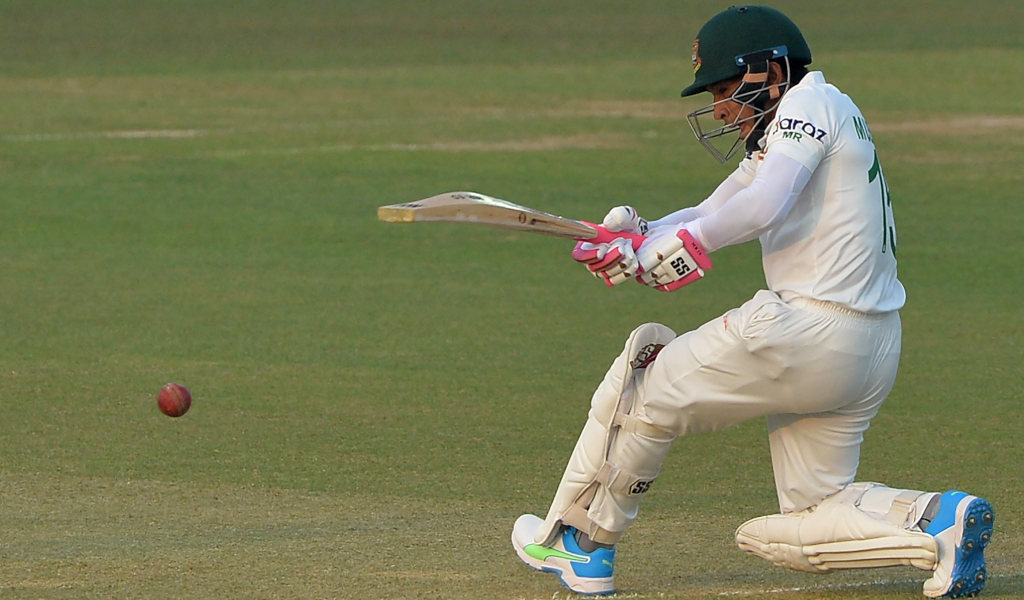 Liton Das (113*) and Mushfiqur Rahim’s (82*) unbeaten 204-run partnership resurrected Bangladesh as they ended the first day of their Test against Pakistan on top.

This contest is Bangladesh’s first match in the 2021-2023 cycle of the ICC World Test Championship.

An early stutter has not impeded Bangladesh in putting up a decent total on the opening day as they recovered from 49 for 4 to reach 253 without any further wickets falling.

Shaheen Afridi accounted for Saif Hassan in the fifth over as he awkwardly fended a short delivery to Abid Ali in close. Shadman Islam tried to keep the scoreboard ricking over with a couple of fours but was eventually trapped leg before by Hasan Ali three overs later for 14.

Mushfiqur to the rescue

After surviving a couple of close calls Mominul Haque’s luck ran out quickly, with Sajid Khan getting him caught behind on 6, after inducing a faint outside edge on a ball that spun away slightly. Immediately in the next over, Najmul Hossain Shanto departed, failing to keep the shot down and playing into the hands of the fielder at point.

The experienced pair of Mushfiqur Rahim and Liton Das then managed to bat out the remaining 11 overs before Lunch, taking the hosts to 69/4.

Exploiting the batting-friendly conditions deftly, Mushfiqur and Liton persevered frustrating the Pakistan bowlers. Neither pace nor spin bothered them much as they kept the scorecard ticking, quietly racking up runs and bringing about their respective fifties.

As the partnership gained confidence, the duo consolidated Bangladesh’s position, taking them to Tea at a solid 171/4.

More of the same continued after Tea. Pakistan’s horror show continued with Liton being dropped on 67, a straightforward chance for Sajid at mid-wicket, who messed it up. Another opportunity for the visitors went begging with a Nauman Ali no-ball that had almost got Mushfiqur a few overs later.

Liton, spurred on by the reprieve, rapidly started accumulating runs but survived yet another attempt on his way to a stunning hundred. On 99, he scampered through for a non-existent single and had to dive in as the mid-off fielder had a shy at the stumps. Luckily for Liton, the fielder just missed.

Battling cramps and surviving chances, Liton had managed to register his maiden Test hundred in his 43rd innings, after falling five runs short in Harare back in July 2021. 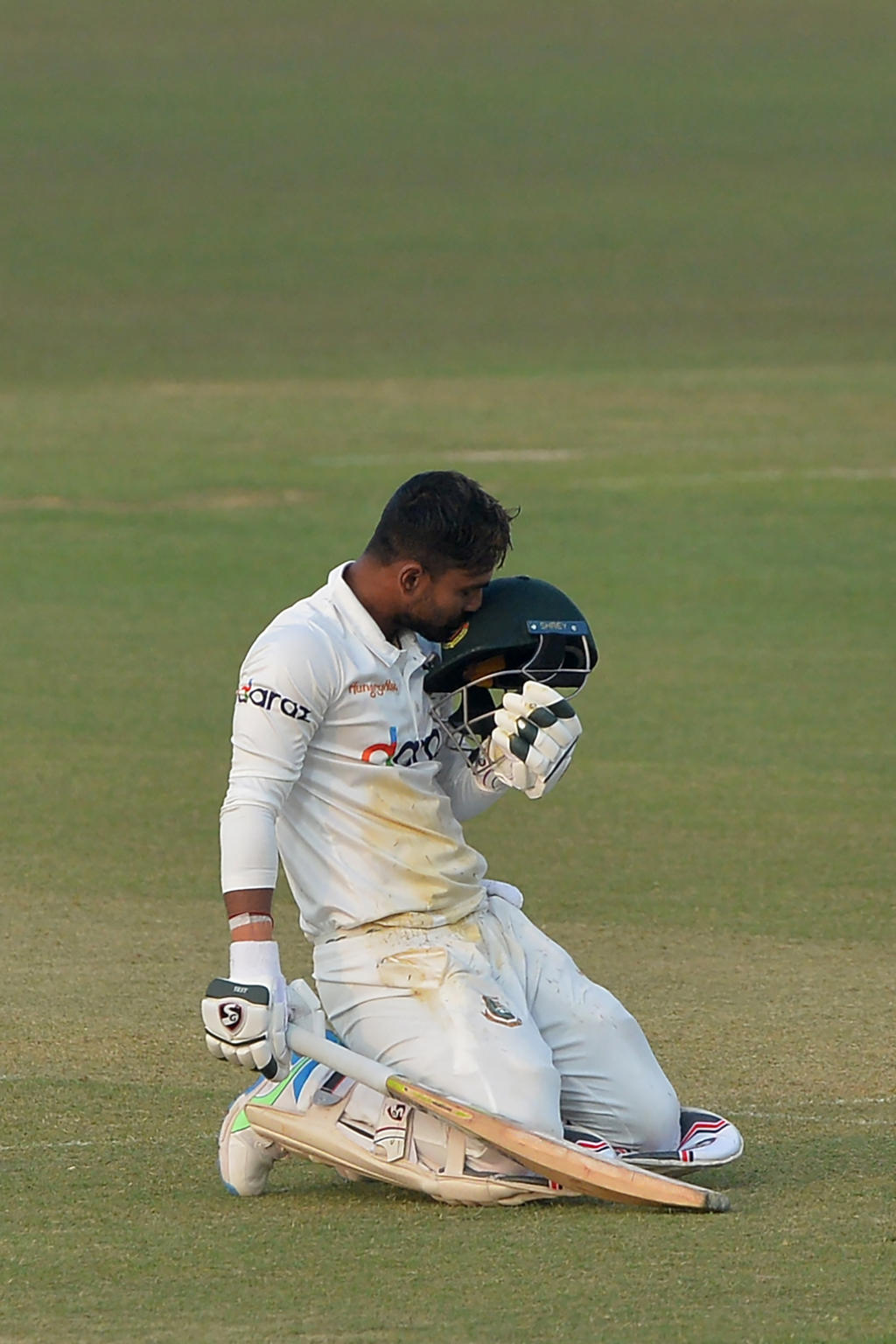 Pakistan took the second new ball as soon as it was available but despite their best efforts, they failed to break the mammoth partnership. With the light rapidly fading, the umpires decided to call it a day with five overs still remaining.

All in all, Bangladesh will be pleased with how the day ended after a bleak morning session.