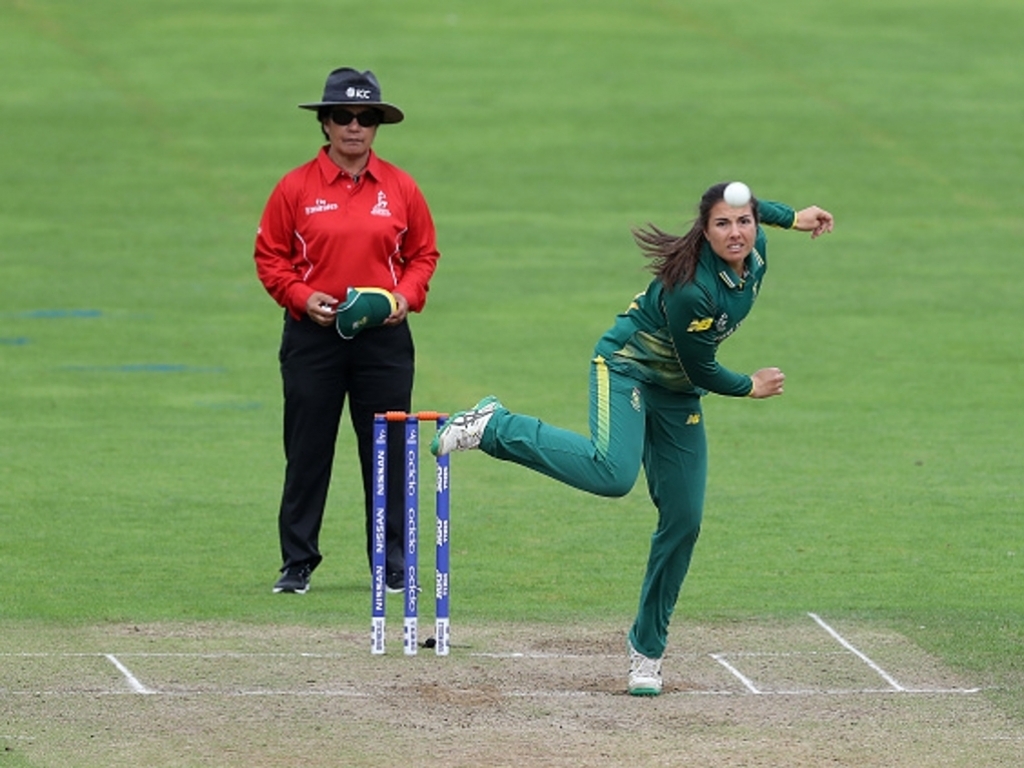 Comprehensive victories, by 17 runs, 32 runs and 23 runs in the three Twenty20 Internationals against Bangladesh, gave many of the South African players important points in the ICC Women’s T20I Player Rankings.

Following the end of the series on Sunday, when rain meant only a nine-overs-a-side game was possible, Sune Luus, Chloe Tryon, Shabnim Ismail and Ayabonga Khaka were the big gainers among the winning side, while Rumana Ahmed, Panna Ghosh and Shamima Sultana were the prime movers for Bangladesh.

Among the visitors, Ahmed’s 47 runs helped her move up to No.30, while Fargana Hoque, her team’s best batter in the series with 74 runs, moved up five spots to 38th place. Significantly, though much lower down, Sultana’s 67 runs saw her jump 60 spots to the 81st position, joint with India’s Deepti Sharma.

The list continues to be headed by the Windies’ Stafanie Taylor, followed by Suzie Bates and Meg Lanning, the New Zealand and Australia captains respectively.

One of the other Bangladeshi players to gain was Ghosh, the all-rounder. Batting low in the order, she scored 24 runs in three outings without being dismissed even once and also picked up two wickets with her medium pace. As a result, Ghosh moved up 20 spots to No.72 among batters, two spots to be 36th among bowlers, and nine spots to be joint 41st among all-rounders.

In that last category too, Luus was the big mover, up four places to No.17.

In the bowlers’ table, Ismail moved up two places to sixth position, joint with New Zealand’s Lea Tahuhu, while van Niekerk (up one spot to joint 13th) and Marizanne Kapp (up one spot to No.22) moved up too, and Khaka rose seven spots to 58th.

Ahmed and Ghosh gained two spots to get to No.34 and No.36 respectively, while Khadija Tul Kubra remained the highest-ranked of the Bangladeshi bowlers at No.19 following her three wickets in the series.