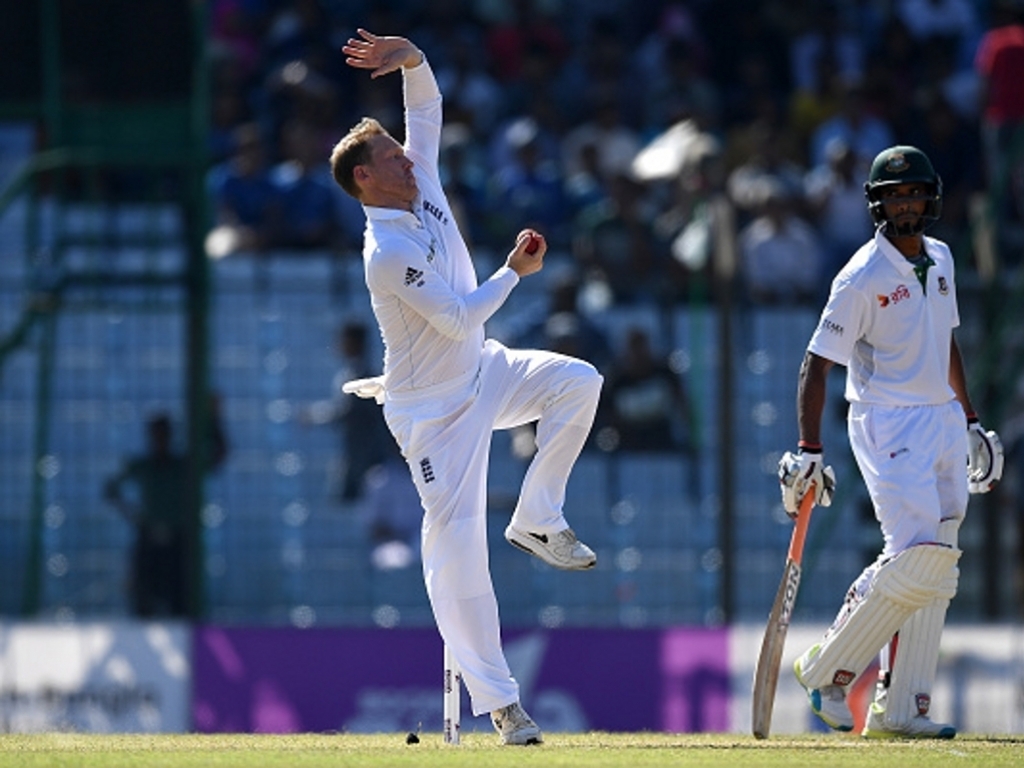 Veteran England spinner Gareth Batty has admitted to feeling slightly nervous during play on day two of the first Test against Bangladesh in Chittagong.

The 39-year-old hadn’t played a Test for eleven years before this one and got his first taste of the action on the second day.

Batty said it was a dream come true to play for England again and indicated that he calmed down as the day wore on.

The Yorkshireman said: “I was pretty nervous, I’ve got to be honest. It’s what you dream about. Even for the old fellas like me, it was pretty nerve-racking.

“As the day went on, I hope I got into my spells a bit better and bowled fractionally better.”

As Batty made what felt like a second debut, in the same country as his first Test debut, yesterday he was handed a new cap by Michael Atherton.

Batty said: “Ath’ awarded a cap yesterday, and I got quite emotional with that – so it was tough.”

The spinner praised the efforts of teammate Moeen Ali but felt England as a whole could have done better on a day where Bangladesh seemed to edge ahead.

The 39-year-old added: “We had some really good points. I thought Mo’s first introduction into the game was magnificent.

“They were jaffas, weren’t they, that he got wickets with?

“Then we had periods of the game we could have held a bit better.

“Myself included – I should have maybe gone for 40 today instead of 50. It would have been a pretty good day then, on a pitch they batted well on.”