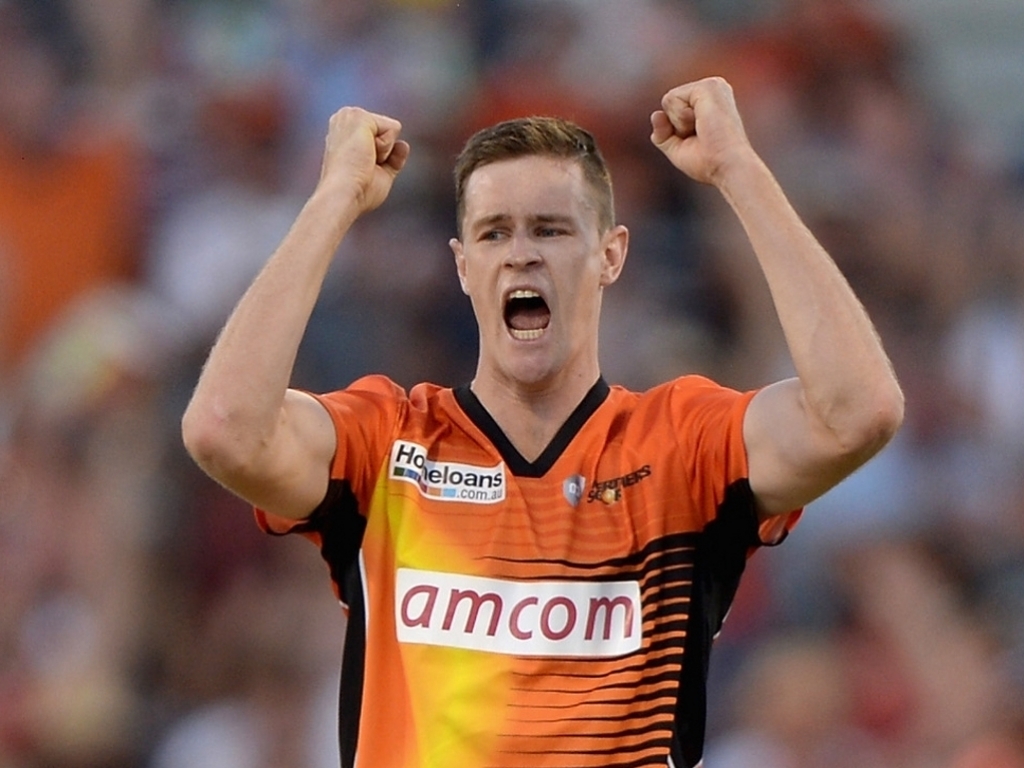 Seamer Jason Behrendorff says he is “100 per cent focused” ahead of what could be his international debut for Australia against India in the T20I series that starts in Ranchi on Saturday.

A left-arm pacer, Behrendorff is already 27 years of age but with all the injury problems with Australia’s frontline seamers, James Pattinson the latest casualty, the Western Australia bowler is being talked about as a bolter in the Ashes squad.

However, Behrendorff, himself no stranger to having injury problems, is not looking to far ahead and feels his hard work during pre-season is finally paying off.

Behrendorff said: “I’m 100 percent focused on these games here and making my debut. It’s something I’ve worked so hard for so hopefully I’ll be able to play at least one of these three matches over the next week or so.

“I am feeling really good at the moment. I’ve had an uninterrupted pre-season for a change which is the first time in a long time. I feel like my seasons have always started quite slow; so it’s something different this year, which is great.

“I feel my preparation has been great so far coming in from playing some pre-season games to playing in the JLT Cup back home. I played a couple of games there as well, so that’s been really positive.

“It showed last year when I had my build-up coming back from my leg injury, I was able to have a lot of match practice beforehand so I felt ready to go when I came back.”