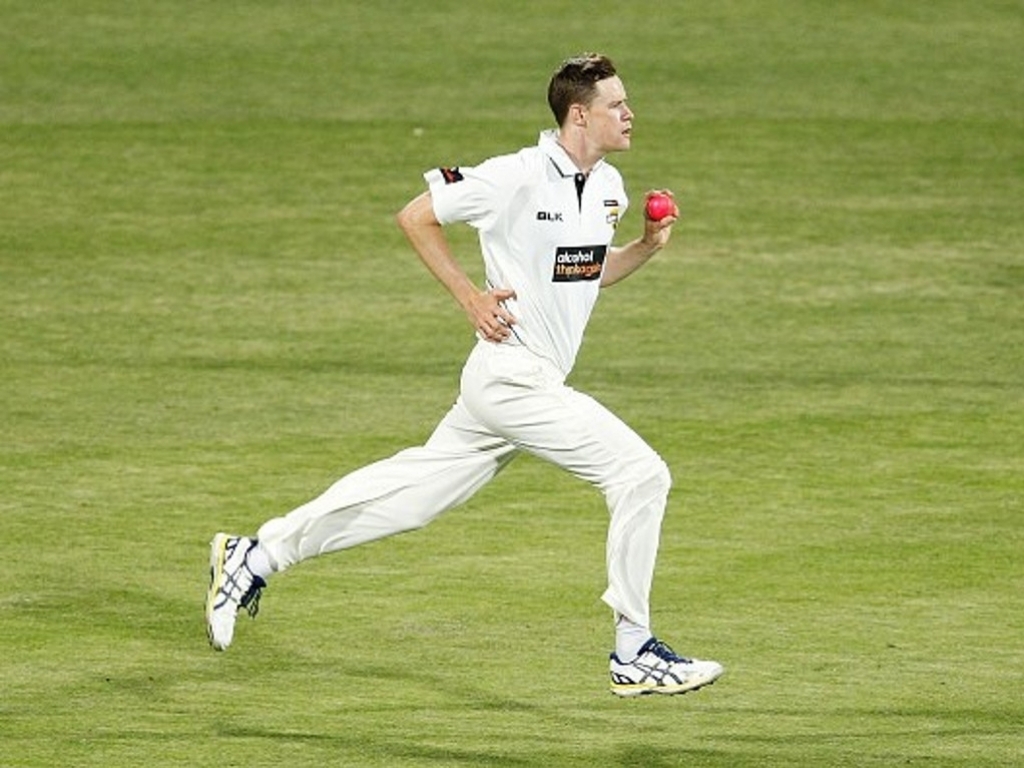 Western Australia quick Jason Behrendorff is ready for his dream of playing Test cricket to come true should Mitchell Starc fail to recover from injury in time.

Starc injured himself in a freak training accident and it is still unclear if he will be fit to face South Africa at the WACA in November.

Behrendorff is part of a gaggle of quicks chomping at the bit to pull on a Baggy Green cap and is confident he has put his own injury problems behind him.

The 26-year-old seamer told The Age: “I feel like I am getting better every game at the moment.

“I’m starting to find a bit more of a rhythm again and I feel like I’m letting the ball go pretty consistently.

“As a kid you always dream of playing Test cricket and if my name is being thrown around to be involved in that squad, then that’s amazing.

“It’s something that I’ve worked my whole career for so far, to be playing for Australia. If that is to happen then I’m really looking forward to it.”

The left-armer possesses traits that should excite the Australian selector’s and is confident that his game is going from strength to strength at the moment.

Behrendorff added: “I’m starting to swing the ball again which is really nice and that’s one of my big indicators when things are going well.

“I feel like it’s progressing nicely and I’m hoping that it continues to go in that same fashion.

“That’s what everyone wants to be striving to achieve. I think if I’m performing well and we’re winning as a team then that ultimately turns to individual success down the track.”

The fast bowler has the backing of former Australia opener and WA coach Justin Langer who believes the selector’s should pick the left-armer in Starc’s absence.

Langer said: “He bowls so well at the WACA and if his body is right, he is definitely a contender for Test cricket and for all forms of cricket.

“He is such a consummate professional and is such a great bloke that he is someone you would like to see rewarded.”