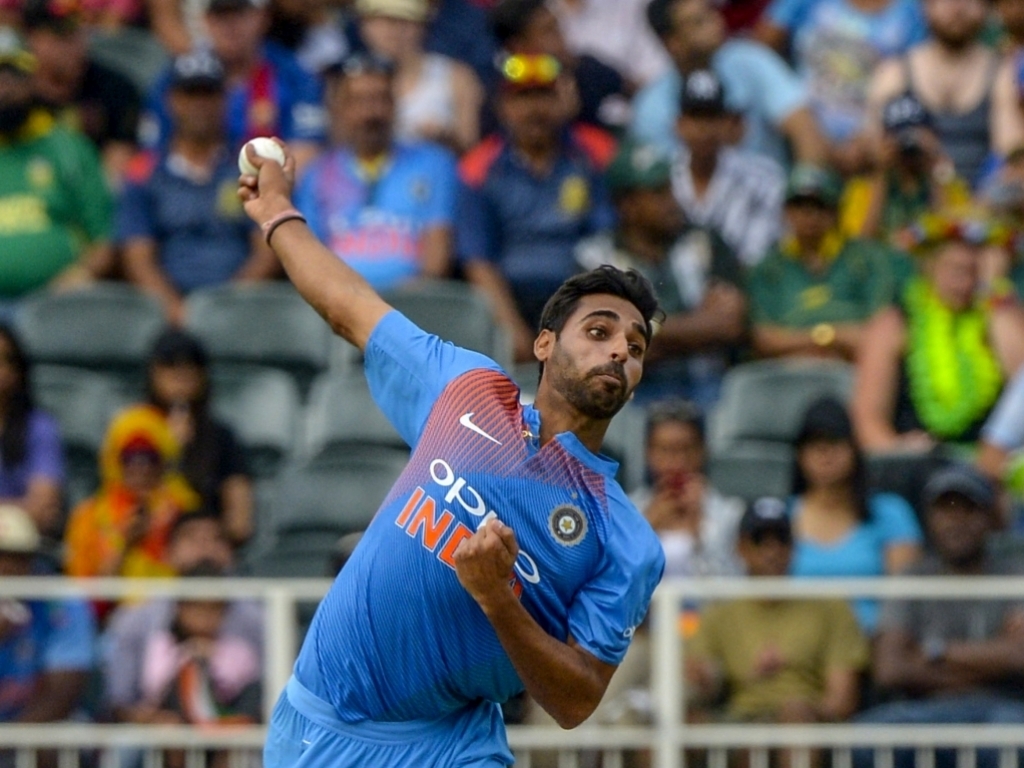 India have drawn first blood in the T20I series as they downed South Africa by 28 runs in front of a full house at the Wanderers on Sunday.

Opener Shikhar Dhawan’s blistering 72 from only 39 balls helped the visitors to post 203/5, which they defended relatively easily.

The Proteas’ injury woes continued as AB de Villiers was forced to miss the Twenty20 series with a knee injury and JP Duminy was elected as yet another stand-in captain for the home side.

The likes of Hashim Amla, Morne Morkel and Kagiso Rabada are also off-duty as they rest up and then start focusing on the upcoming Test series against Australia.

India fielded three frontline seamers as spinner Kuldeep Yadav sat out with a hand injury. Manish Pandy got his first game of the tour and Suresh Raina played his first match for India for a year.

Duminy won the toss on a good deck and chose to field on a ground where the last four T20 internationals were won by the chasing side. India wasted no time as Rohit Sharma (21 off 9 deliveries) and Shikhar Dhawan (72 off 39) struck 18 runs off the first over.

Dala then got his first two scalps in a Proteas shirt but India did not take their foot off the pedal as Dhawan and Kohli (26 off 20)  out on 58 runs for the third wicket.

India were 110 for three at the 10 over mark and would have had their eye on a really mammoth score but South Africa did well to pull things back a bit as the change of pace from the fifth and sixth bowlers, Smuts and Phehlukwayo, proved more economical than the out and out pace approach employed by Paterson and Morris, who each bowled their alotted overs at economy rates of 12 runs per over.

All the Indian batsmen chipped in but Pandey (29 not out off 27) wasn’t able to keep up with the blistering pace set by Dhawan.

204 still represented a daunting target but anything can feel chasable at the Wanderers.

However the South African campaign was off to a very shaky start as Smuts (14 off 9), Duminy (3 off 7) and Miller (9 off 5) fell early to make the score 48 for three in the seventh over.

Duminy and Miller may be the only two players in this side with considerable international experience but their places in the national setup must surely be in jeopardy given their form over the last year or two.

Hendricks (70 off 50) and Farhaan Behardien (39 off 27) made a brave fist of it as they added 81 runs together at a good lick but the asking rate of over 12 an over proved unsustainable and the pressure told in the form of wickets.

In Klaasen, Phehlukwayo and Morris, there were big hitters to come but the asking rate ballooned and no other batsman was able to muster a useful contribution.

India’s quicks gave good demostration of how it is done as they varied their pace and bowled with great skill and control.

Bhuvneshwar Kumar’s performance was a real treat that put in some serious contention for man of the match, as he claimed a five-fer and conceded only 24 runs from four overs.

Unadkat, Bumrah and Chahal all produced credible figures, while Hardik Pandya (1-45) was the only bowler to concede over ten runs an over.

Once again, South Africa were outplayed by their counterparts in all aspects of the game.

This is certainly an inexperienced Proteas side that is missing its best players through a combination of rest and injury, but it is becoming glaringly obvious that the side needs to win a game soon, even if just for the sanity of the team and the general public.

Judging by the high percentage of Indian fans at the Wanderers on Sunday it seems obvious that many fans have give up on the Proteas at the moment.

The second of three T20Is is at Centurion on Wednesday. India certainly don’t look to be in any hurry to ease the intensity of their game as they go about concluding this tour in such a blood thirsty fashion.