Home Countries Kumar looking to get over niggles after frustrating 2018

Kumar looking to get over niggles after frustrating 2018 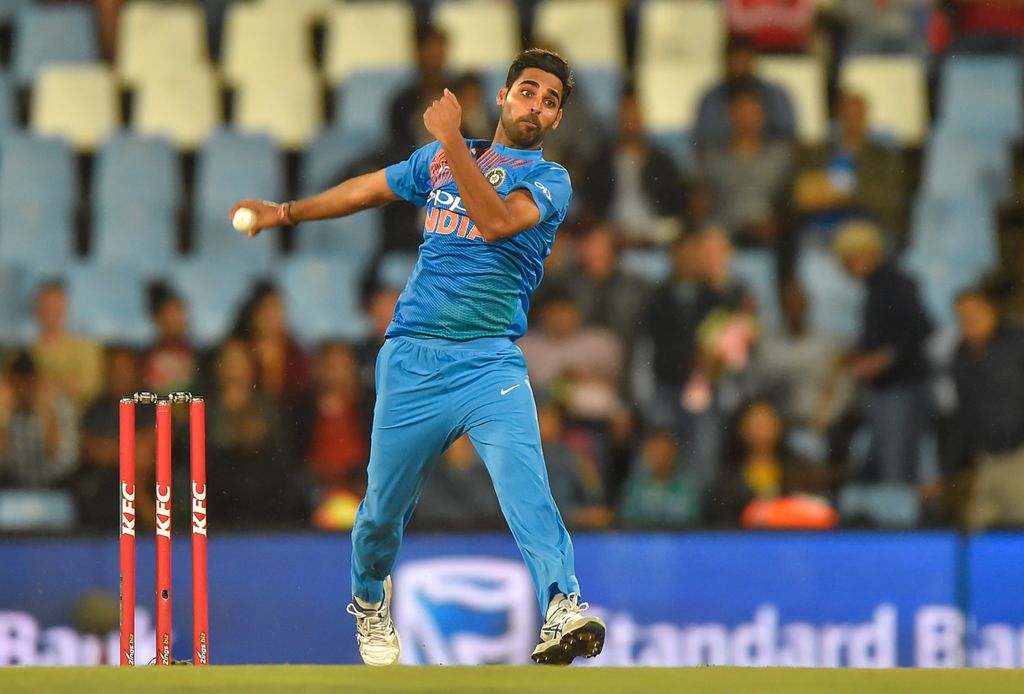 India seamer Bhuvneshwar Kumar has said that not bowling much in international cricket last year has affected his rhythm as he looks to battle back from niggling injuries.

Kumar took 2-66 in 10 overs in the first ODI against Australia that India went on to lose to go 1-0 down the three-match series.

The 28-year-old has not played in a Test since January last year when he was named man of the match against South Africa in the third game of the series in Johannesburg.

The right-arm bowler then missed the Test series in England after picking up a back injury in the preceding ODI series only to return in September for the Asia Cup.

Ahead of the second ODI against the Aussies to be played in Adelaide on Tuesday, Kumar said he will improve as he plays more games.

The 28-year-old told reporters on Monday: “Match rhythm is totally different when it comes to bowling. I was trying everything to be in rhythm in the nets. But it can’t be a 100% when you compare to a match.

“It wasn’t great in the last match but it wasn’t bad as well. It can improve as the matches will go on. I was trying everything to be in rhythm.

“I was going through niggles at that time [in England], and when you have a niggle you can’t be a 100%. Since then and now, I have trained a lot, especially during the one month of the Test series.

“That is the reason I am back to [bowling at] 130-135kph, whatever the thing is. The main thing is I’m niggle-free right now. That’s the main thing for me.”

With Jasprit Bumrah being rested for the ODI series Down Under, Kumar is India’s key bowler in the 50-over format and is expected to the job with the new ball and at the death.

Kumar explained the different skills needed to fulfill the roles: “You are trying to swing the new ball and take wickets. With the old ball, you are looking to bowl yorkers or slower balls. But they are both difficult.