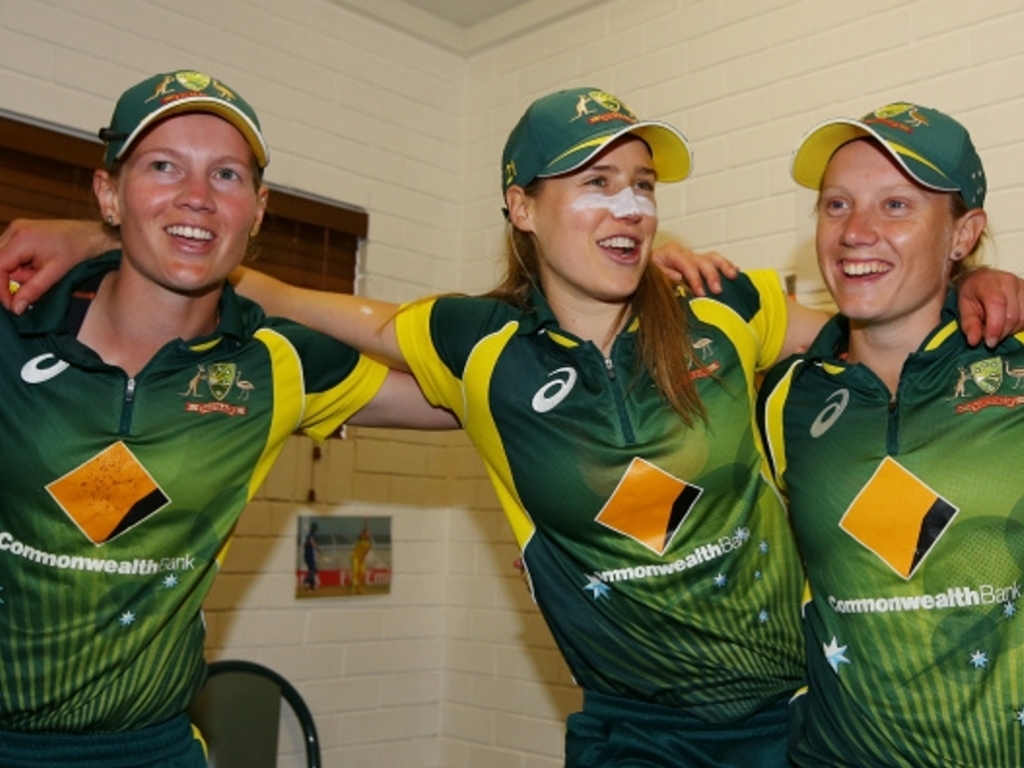 Perry and Southern Stars teammate Alyssa Healy have signed on to turn out for the Sydney Sixers in the second edition of the WBBL and will be eager to go one step further than last season and win the title.

The Wahroonga native has represented Australia at world cups in two sporting codes, football and cricket, and hopes the latter will be her ticket to Olympic glory.

Women’s T20 competition’s are now popping up all over the globe and the only negative Perry can see is that she hates flying.

The 25-year-old told foxsports.com.au her trick for getting over her issues with planes: “Noise canceling headphones tend to do the trick.

“I don’t like all the different noises of the engine when you fly, too much guess work involved because I don’t know a thing about planes. It’s one of those things I’ve never felt totally comfortable with that but that’s fine – everyone has something!

“Big Bash is definitely the pre-eminent women’s Twenty20 competition in the world. Hopefully it can continue to grow.

“Cricket’s being (pushed) for the Games in 2024 so that’s really exciting. The Olympics is a wonderful platform for sport and I think women’s sport to grow its audience and expand as well.

“It could bring in a brand new audience in terms of India and how mad they are about sport and other nations like Sri Lanka and Bangladesh who typically aren’t big participators in the Olympics.”

Perry and Healy helped the Sixers reach the final of last year’s tournament and the pair are determined to take the magenta marvels all the way this season.

Healy believes the increased professionalism in the women’s game will lead to better quality cricket and attract more fans.

The wicketkeeper said: “That’s come along with being able to put more time and effort into your game.

“We’re spending a lot more time in the gym and out on the running track and obviously that’s going to help us be able to clear the boundary more often.

“When you look at the athleticism of some of the West Indian girls and the strength they possess, they clear the boundary with ease so genetically we’re trying to get there, but we’ll work hard in the gym.”