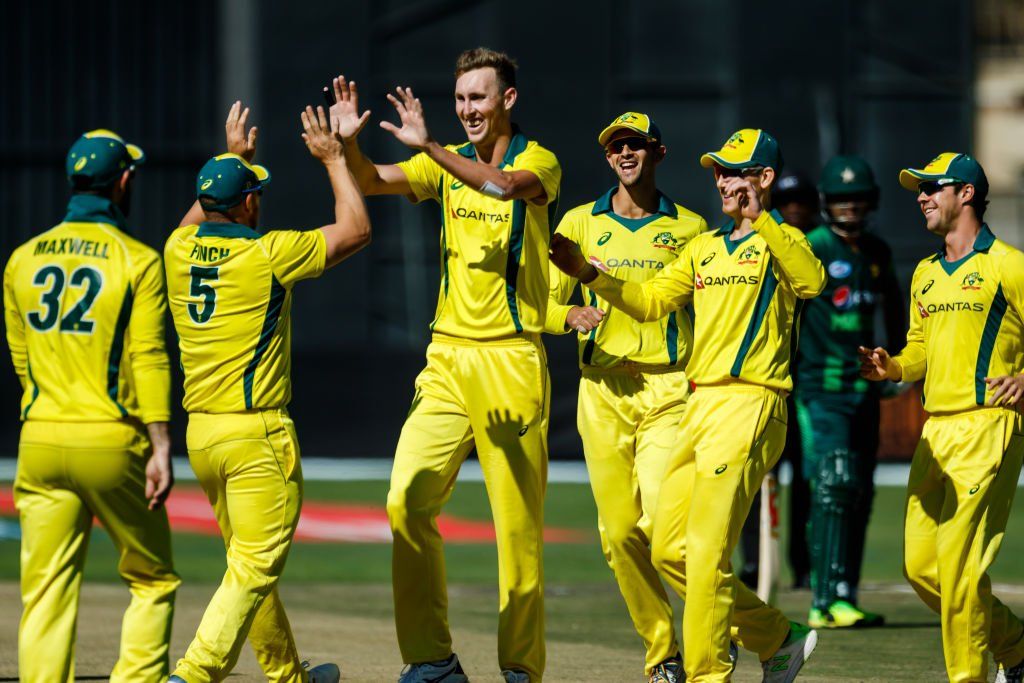 10am on a Tuesday mid-winter morning at an eerily quiet Harare Sports Club seemed an unlikely stage for a T20 International match between the world’s two top ranked sides, Pakistan and Australia.

Nonetheless, it was a contest to be enjoyed, especially by Australia, who easily chased Pakistan’s sub-par total of 116 all out to win by nine wickets with more than 10 overs still to spare.

The result ended an eight-match winning streak by the Pakistan T20I side, they had won 20 of its previous 22 encounters in the shortest format.

The demolition chase took under 45 minutes as captain Aaron Finch (69 not out from 33 balls) struck six sixes and four fours and was clearly untroubled by the Pakistan attack.

The hard new white ball certainly travels some impressive distances through the cold dry air at altitude under the warm African sun.

Finch earlier won the toss, which is no doubt a great advantage with these morning starts here, and duly put Pakistan in to bat.

Billy Stanlake, who tells me that he stands six feet and eight inches tall, was the immediate destroyer in chief.

His four overs upfront conceded only eight runs and brought four scalps for the right-hand quick, told the press post-match that, “there is less swing and bounce here than in England so I decided to be more aggressive.”

The surface seemed pretty bouncy from the stands, probably because of Stanlake’s great height, and Pakistan struggled to get much bat on ball.

None of the top-five could get going and once Shoaib Malik ran himself out, Asif Ali (22 off 20 balls) had only the bowlers for company.

Australia clearly did not waste any time in reply. Fresh from a challenging 5-0 ODI series loss in England, they were keen to return to winning ways and doing so in decisive fashion appeared high on Finch’s priorities.

After the match, Hasan Ali lamented losing the toss: “In Zimbabwe these morning starts mean that there is a very big advantage for the teams that bowl first. We have a good team, we are number one and inshaAllah we will win the next games and the series.”

Australia will take on the depleted hosts in tomorrow’s game at the same time and place. All teams will then play each other once again before a final on Sunday.

By Nick Sadleir in Harare