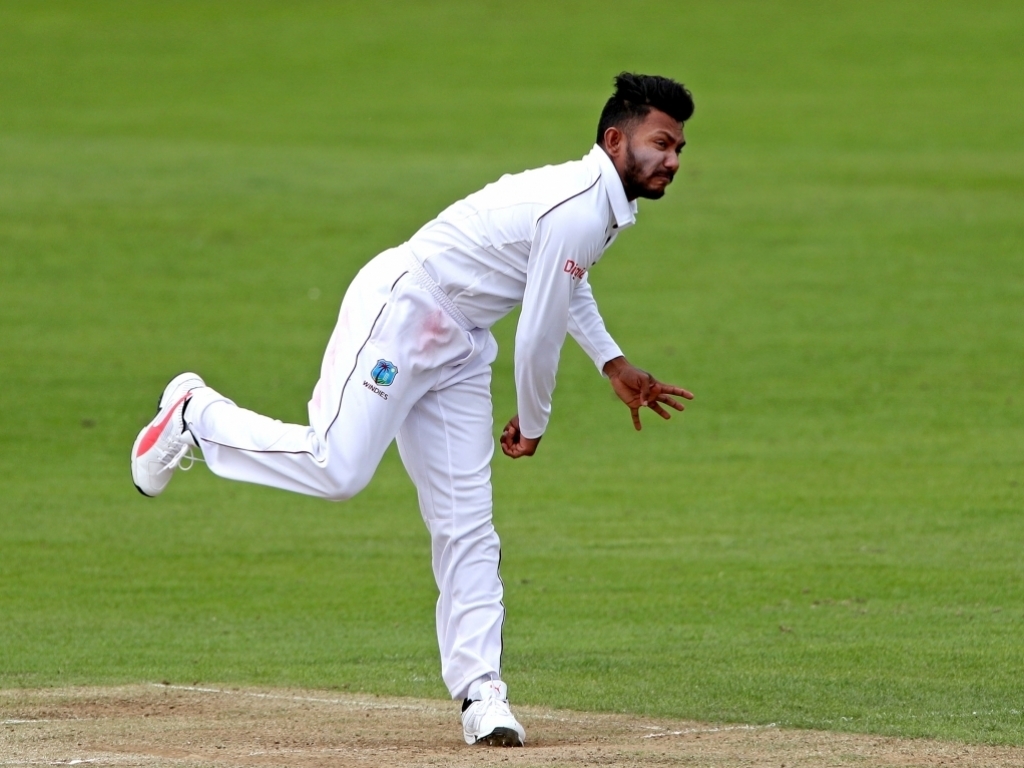 West Indies spinner Devendra Bishoo took five wickets as the visitors dismissed Zimbabwe for just 159 in their first innings on the second day of the first Test in Bulawayo on Sunday.

Bishoo claimed figures of 5-79, his fourth five-wicket haul in Test cricket, in 24 overs as the Windies gained a 60-run lead on the first innings after they were bowled out for 219 on day one,

Zimbabwe will be really disappointed with their batting effort, especially after the bowlers worked so hard to put them in a good position at stumps on Saturday.

Resuming on 19 without loss, the home team’s opening batsmen Hamilton Masakadza (42) and Solomon Mire (27) took their stand to 44 before Mire was caught on the square-leg boundary off seamer Kemar Roach.

Bishoo then got into his work as he got rid of Masakadza and Brendan Taylor (1), who was batting for the first time in a Test in three years.

Taylor will be really disappointed with the shot he played as he tried to reverse sweep just his seventh ball off the leg-spinner and ended up hitting it straight to first slip.

The only other Zimbabwe batsman to show any sort of application with the willow was Craig Ervine, who scored 39, but he to became a victim of Bishoo.

The hosts were all out on the stroke of tea, to leave the Windies to negotiate the final session where they lost one wicket, of Kieran Powell (17) who was bowled by Graeme Cremer.

Kraigg Brathwaite (38 not out) and Kyle Hope (32 not out) will resume on the third morning with the visitors on 88/1, an overall lead of 148 with three days still remaining.