‘Bittersweet’ victory in PE for Rabada 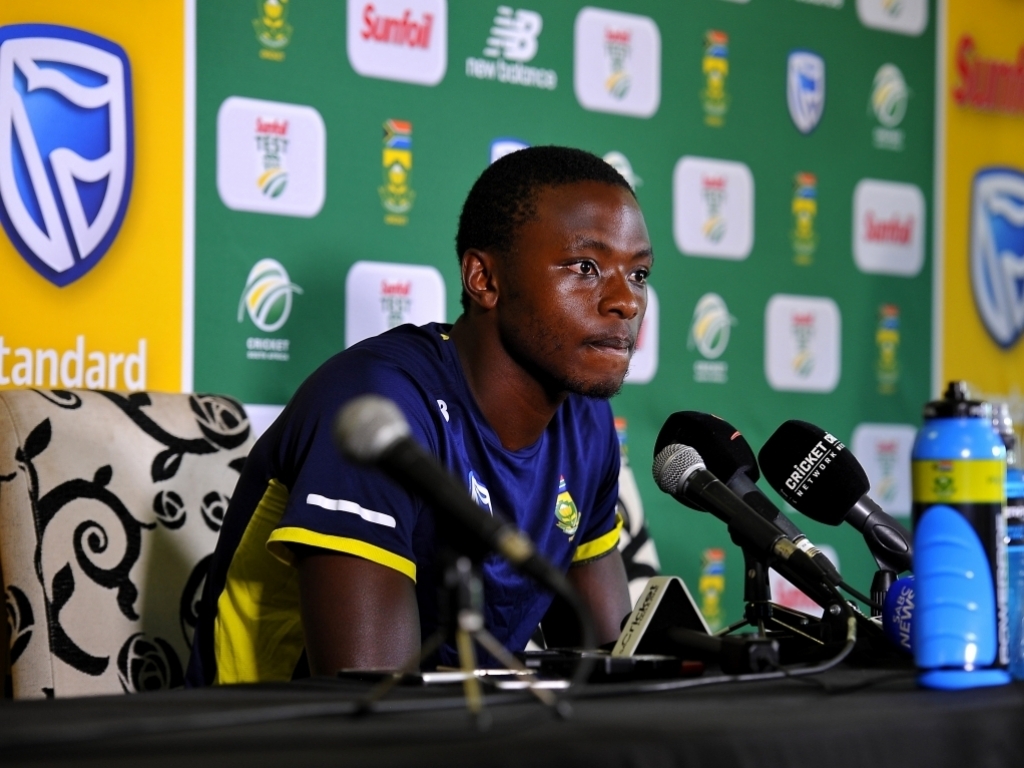 Kagiso Rabada said it was a bittersweet feeling after bowling the Proteas to victory in the second Test against Australia in Port Elizabeth on Monday.

The fast bowler received the man of the match award for his match-figures of 11-150 as the hosts won the game by six wickets but was then handed a two-match ban by the ICC after being found guilty of a Level 2 ICC Code of Conduct offence of ‘inappropriate and deliberate physical contact with a player’.

The incident happened in the first innings of the match at St George’s Park when Rabada got Steve Smith out lbw and brushed the Australia captain’s shoulder as he went past batsman to celebrate.

Rabada has received a fine of 50 per cent of his match fee and three demerit points after a disciplinary hearing following his denial of the charge.

This means the paceman has accumulated eight demerit points within a 24-month period automatically leading to a two match suspension.

With the four-match series now locked at 1-1, Rabada will now miss the games at Newlands and the Wanderers.

Speaking to reporters after the game on Monday, Rabada said: “I’ve let myself and the team down.

“It’s bittersweet (this win), I would have loved to be playing in the next game. Especially coming off a performance like that, I felt really good in this Test match. I let the team down.

“However, It gives me the chance to improve my game and think about things more and we have some quality bowlers as well.

‘”Morras (Morne Morkel), who didn’t play in this game, is a quality bowler and will be up for Newlands.”

Although he accepted that “rules are rules”, Rabada said there were a lot of grey areas regarding the demerit points system by the ICC.

David Warner was given three demerit points but escaped a suspension even after video evidence emerged of the Australia vice-captain having to be restrained by teammates as he was trying to have a go Quinton de Kock outside the change rooms on Durban.

Rabada added: “There’s alot of grey areas but the rules are the rules. The reason why we went for a hearing was because we believe that there’s not a lot of consistency.

“If I knew I had done it deliberately, then I would not have gone to contest. But honestly, I never even felt contact in that moment, because I was so pumped up. I never felt contact at all.”

Proteas skipper Faf du Plessis weighed in on the debate, saying: “From the conversation we had with the match referee after the Durban match, he was talking about not getting players out of Test matches, banning players.

“He was obviously talking about Davey Warner’s issue and wanted to keep him in the series. He didn’t want to make a Level 3, which would have been a suspension straight away.

“I just said that the same applies to KG.”