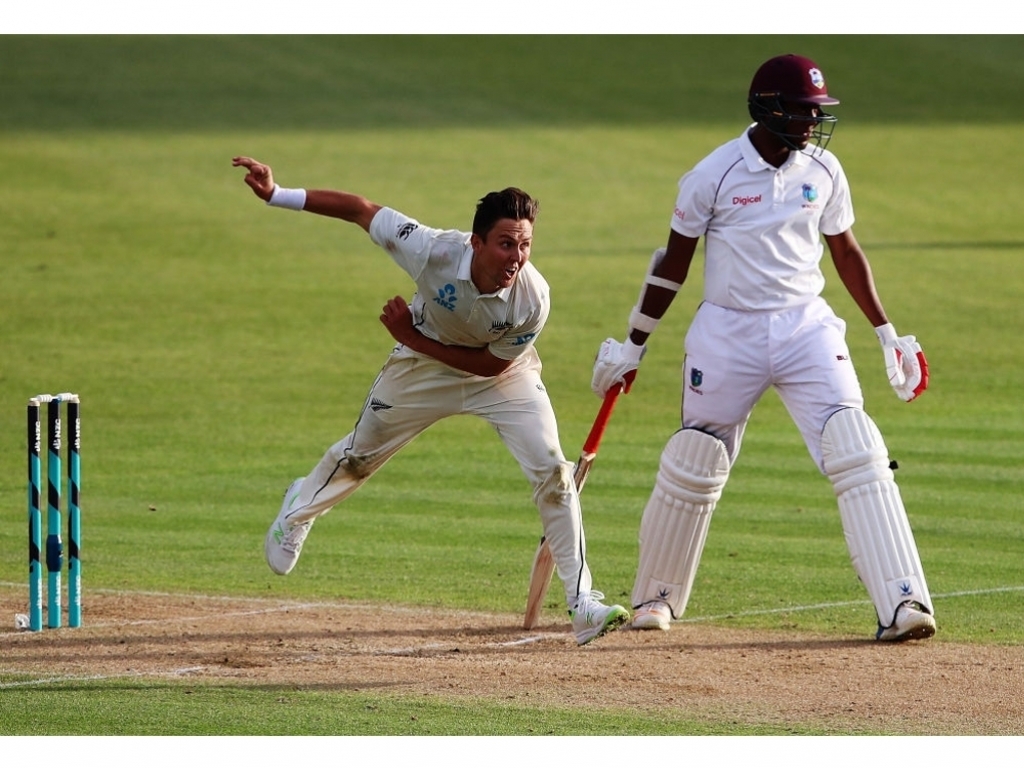 A handy rearguard action from tailenders Tim Southee and Trent Boult helped New Zealand reach 373 all out before reducing the West Indies to 215 for 8 by stumps on day two.

The Black Caps resumed on 286 for 7 but lost Neil Wagner (1) and Tom Blundell (28) early on and looked like they may be knocked over for just over 300.

But Boult (37*) and Southee (31) would add 61 runs with the former breaking out some unorthodox shots in an entertaining knock.

The West Indies innings was marked by the inability to build partnerships with each of the Black Caps seamers rewarded for disciplined bowling.

Southee struck in the very first over with a tremendous delivery.

Having seen very little movement from the Windies’ attack, Southee managed to bring the ball back just enough to find the inside edge of Kieron Powell (0) and make the breakthrough.

Southee would end the day with figures of 2 for 34 from 18 overs but Boult produced perhaps the moment of the day when he produced a brilliant one-handed catch off his own bowling to get rid of Shimron Hetmyer (28).

The West Indies slipped from 90 for 2 to 135 for 6 with Boult’s second less brilliant and more comical as Sunil Ambris trod on his stumps for the second time in three Test innings.

The tourists tail showed some resistance with debutant Raymon Reifer (22*) proving handy with the bat.

Neil Wagner got in on the act removing Shane Dowrich (35) and Kemar Roach (17) late in the day.

The West Indies still trail by 158 runs with two wickets in hand.