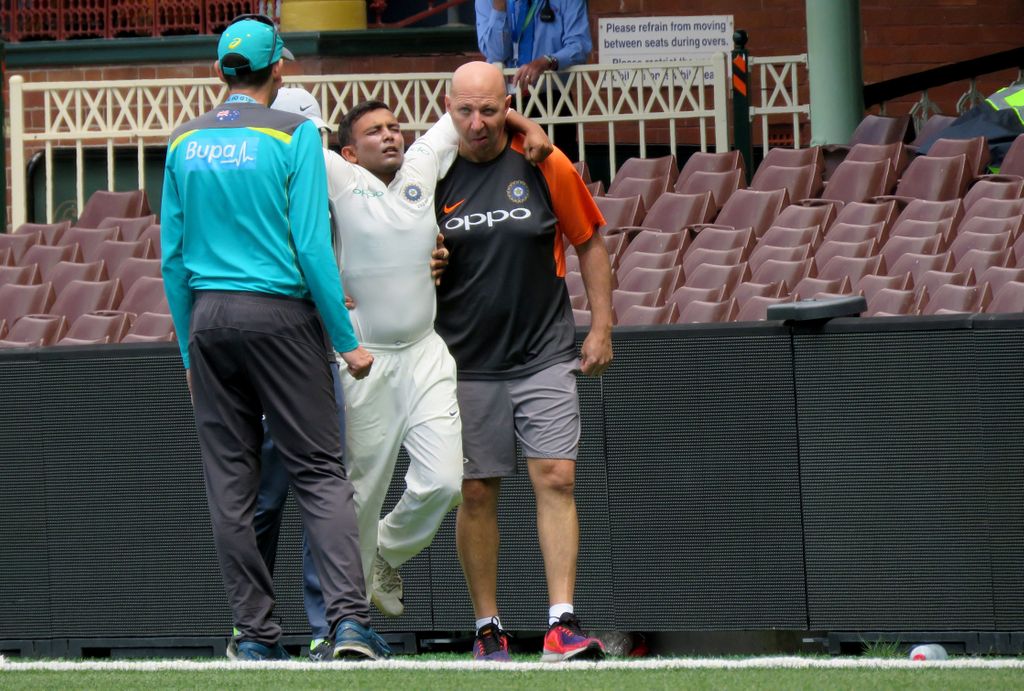 India suffered a blow on Friday with the news that opening batsman Prithvi Shaw has been ruled out of the first Test against Australia with an ankle injury.

The 19-year-old Shaw, who has already scored a fifty and a century in two Test, rolled his ankle while attempting to take a catch in a warm-up game against Cricket Australia (CA) XI in Sydney.

Shaw got under the catch but went over on his ankle as he tried to keep himself inside the boundary.

The player returned to the ground on crutches and it was then confirmed that will miss the first of four Tests against the Aussies starting on 6 December in Adelaide.

“Shaw will be unavailable for the first Test against Australia in Adelaide. He will undergo an intensive rehabilitation program to hasten the recovery.”

Shaw scored 66 in the first innings of the warm-up game against the CA XI and was almost a certainty to open the batting at the Adelaide Oval but his injury could open the door for Murali Vijay to return to the top of the order to bat alongside KL Rahul.