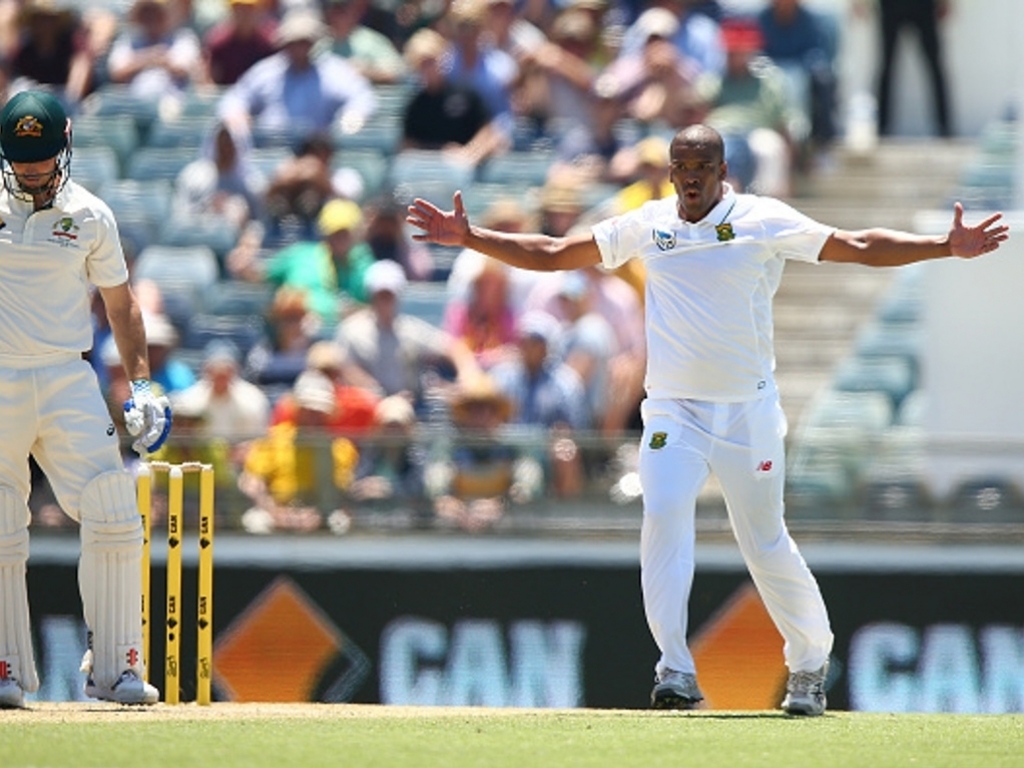 Proteas bowler Vernon Philander says the rest of the attack will be ‘motivated to deliver’ in Dale Steyn’s absence after the fast bowler was ruled out of the current Test match against Australia at the WACA ground in Perth due to a right shoulder injury.

For now, the focus remains on the batsmen who are building on a second innings lead, which stands at 102 with eight wickets in hand, but when the opportunity arises Philander says every bowler will be eager to step up to the challenge.

Philander said at stumps on Friday: “Dale has been a leader of this attack for a very long time, it’s sad to see him go down like that.

“We had a job at hand, which was to get the Aussies out as cheaply as possible, I think it was a job well done by the rest of the bowlers.

“It’s always going to be the case that you have to dish up a few more overs.

“It’s a responsibility well taken by the rest of the team and the squad, we will want to win the game for Dale.

“It’s about trying to find the best combinations when we are bowling in the second innings. There is a lot of responsibility on myself and KG (Rabada) but we are looking forward to the challenge. Hopefully we can skittle them out again.”

Philander says the unit had an honest feedback session following last night’s poor execution, which showed in their determined performance to restrict Australia to their biggest batting collapse in Australia, 10 wickets for 86 runs. Philander finished with figures of 4/56, redemption after picking up the wicket of David Warner off a no-ball in Thursday’s final session.

Philander admitted: “I knew it was not one of the best things to take a wicket off a no-ball.

“If you take responsibility you can go out and correct your mistakes, that really motivated me to turn it up today. As a bowling unit we went back last night and chatted about the lengths that we bowled. We wanted to try and execute a lot better today.

“Personally, I think we were a little bit short last night,” he said. “We needed to find that length that was going to work for us on this wicket. I think the execution today was a lot better.”