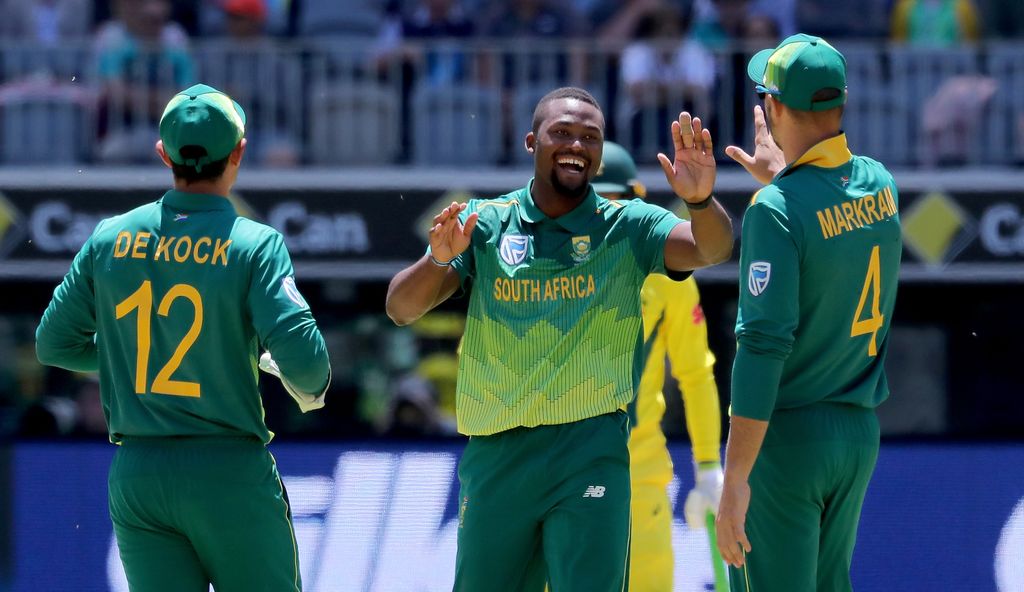 The Proteas bowlers put Australia’s vulnerable batting unit to the sword as the visitors secured a comfortable six-wicket victory in the first of three ODIs at the Perth Arena on Sunday.

Andile Phehlukwayo took 3/33 in six overs while pacemen Dale Steyn and Lungi Ngidi took two wickets apiece as the Aussies were bowled out for just 152 after being sent in to bat by Faf du Plessis.

The batting rot started early for the hosts as Steyn got Travis Head (1) to edge behind to wicketkeeper Quinton de Kock in the third over with only four runs on the board.

They never really recovered as Phehlukwayo continued to get wickets through the middle overs, the seamer getting rid of Chris Lynn (15), Glenn Maxwell (11) and Marcus Stoinis (14).

Alex Carey (33) and Nathan Coulter-Nile (34) tried to restore some semblance to the batting order but the Proteas were ruthless as the home team only lasted 38.1 overs.

The Proteas got off to the perfect start in the small run-chase as De Kock and Reeza Hendricks put on 94 for the opening wicket to virtually put the game to bed.

De Kock was out for 47 off 40 balls while Hendricks made his way to an assured 44 before he fell.

Aiden Markram scored a 32-ball 36 with skipper du Plessis (10 not out) and David Miller (2 not out) seeing the team over the line with more than 20 overs to spare.

The Proteas just need to beat the hosts in the second game of the series in Adelaide on Friday to seal the three-match ODI series.