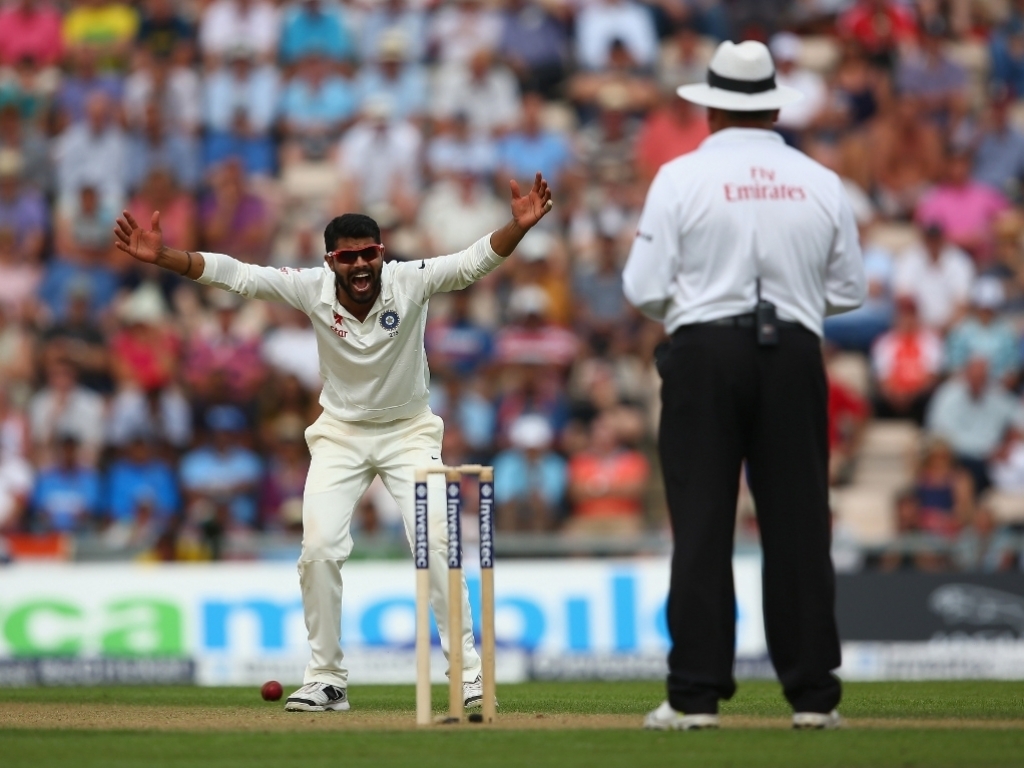 Despite a valiant attempt to hold on, the New Zealand lower order could not prevent India from taking a 1-0 lead in the series on day five of the first Test in Kanpur.

New Zealand started the day four down, needing to survive 98 overs to salvage a draw from the series opener and Luke Ronchi and Mitchell Santner gave the visitors hope early on.

The pair put on 102 in just over 36 overs before Ronchi (80) tried to hit out against Ravindra Jadeja only to be caught by Ravichandran Ashwin.

Mohammed Shami’s reverse swing accounted for BJ Watling (18) and Mark Craig (1) the former was trapped lbw as the ball jagged back sharply and the latter was cleaned up by another full swinging ball.

Thereafter it was the Ashwin show as the spinner picked up the last three wickets to finish with figures of 6 for 132 and complete a ten-wicket haul in the match.

New Zealand would end on 236 all out, losing by 207 runs. Despite the loss New Zealand can take a few positives out of this match as they showed they are able to compete with India at times during this Test but they will need to maintain that competition for five days if they are to get anything out of this series.

Jadeja was presented the man of the match award for his excellent efforts, contributing with both bat and ball in all four innings.