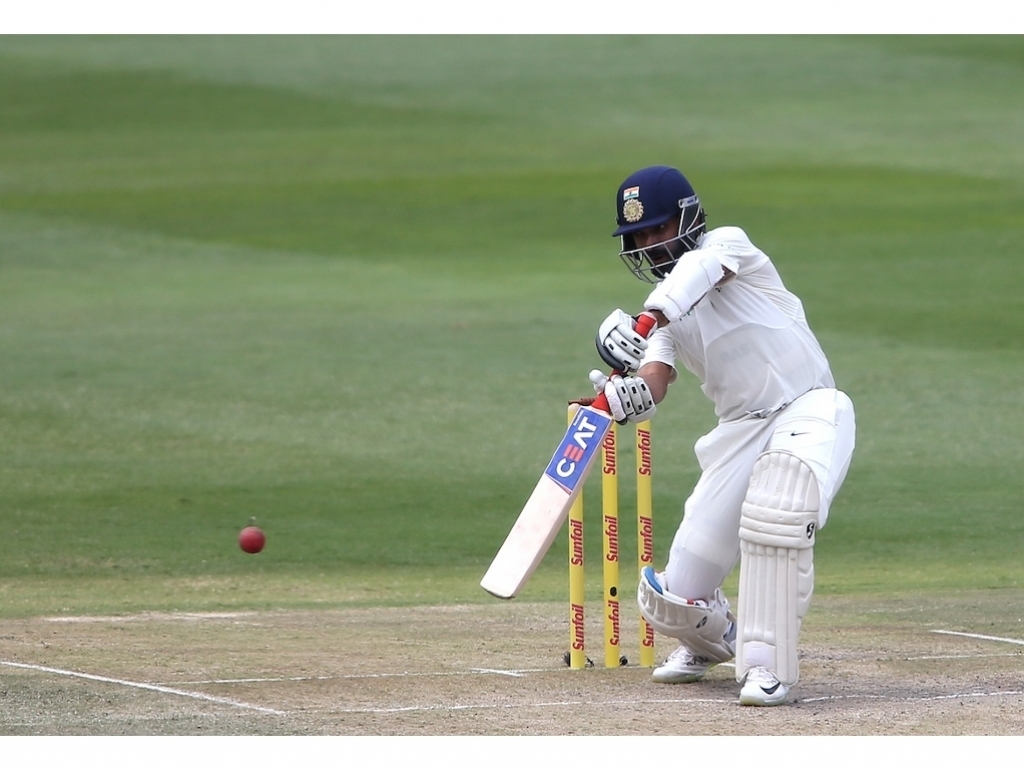 It was was one heck of a day of Test match cricket as India fought hard with the bat and will fancy their chances of victory on the fourth day if indeed there is one after the players were taken off after Dean Elgar was hit on the helmet by a ball that reared off a length near the end of the third day in Johannesburg.

India are in the driving seat as South Africa are 17 for 1 at stumps on the third day as they go about the unenviable task of chasing 241 on what is probably the most dangerous cricket pitch served up in South Africa since the days of uncovered wickets.

The match might be abandoned due to the severity of the danger of batting on it.

OUT!
South Africa have gotten off to a flyer claiming two quick India wickets.Coverage continues on SS2 and @DStv Now. #SAvIND pic.twitter.com/exANYKonzu

India managed a commendable 247 all out on a day where the unpredictable and vicious bounce dominated conversations around the Wanderers and the physios spent more time at the middle than many batsmen as the effectiveness of batting gloves went through some rigorous safety standards testing.

India began the day on 49 for 1 but lost two wickets very early in the morning and South Africa would have fancied their chances when the visitors slumped to 57 for three and the sound of bat on ball was a rarity.

But Virat Kohli (41 off 79 balls) and Murali Vijay (25 off 127 balls) staved off the persistent advances of South Africa’s five seamers and put together 53 very valuable runs.

Vijay deserves to be honoured with a medal for bravery on this fine day, which incidentally is Republic Day in India, as he was struck no fewer than five times by the red cherry – indeed he can be proud of the bruises than accompany such music.

Both batsmen were out bowled by magical balls from Kagiso Rabada (3-69) and Hardik Pandya (4) fell to a brilliant caught and bowled by the same bowler soon afterwards.

Ajinkya Rahane (48 off 68 balls) and Bhuvneshwar Kumar (33 off 76 balls) picked up the baton and knocked up 59 runs for the seventh wicket in a partnership that frustrated South Africa’s bowlers and meant that the home side would be chasing over 200.

Two drops of regulation catches did not help South Africa and a run-a-ball 27 from number-nine batsman Mohammed Shami helped take India to 247 all out.

Vernon Philander (3-61) and Morne Morkel (3-47) each took three wickets along with Rabada but the Proteas will be unhappy with their performance in the field where they very much seemed to take their foot off the pedal.

The pitch had played better with the old ball and it came as a surprise that Faf du Plessis called for the heavy roller at the change of innings.

The combination of a harder pitch (and cracks) and a shiny new ball was always going to be a recipe for trouble and it came as no surprise that the ball was back to its extraordinary misbehaving ways when South Africa put the pads on.

It did not take long before Shami (1-7) found Aiden Markram’s (4) edge and the concept of chasing 241 on this wicket was put in perspective by the sheer difficulty of judging how any given ball might bounce.

When Elgar was hit on the body for the fourth time (in 32 deliveries), the umpires converged to chat about whether the game should go on.

This time the match referee jogged out for a chat and with 15 scheduled minutes of play remaining, the players were taken off the field.

It seemed likely that the match would be abandoned, which is such a rarity that it has actually only every happened once because of a dangerous wicket. That Test was at Sabina Park in Jamaica almost exactly 20 years ago.

Some pundits went so far as to say that this is the worst Test match pitch that they have ever seen but India and the mighty BCCI will feel aggrieved if this match is called off now that they are in the pound seats. Of course they will point out that they just scored 247 runs on it…

Oh the drama. As no decision was made at the time or at Stumps, it seems likely that the show will go on at 10am tomorrow, Saturday, at the Wanderers. And to think that some people believe Test match cricket is boring!