Bravo focused only on survival 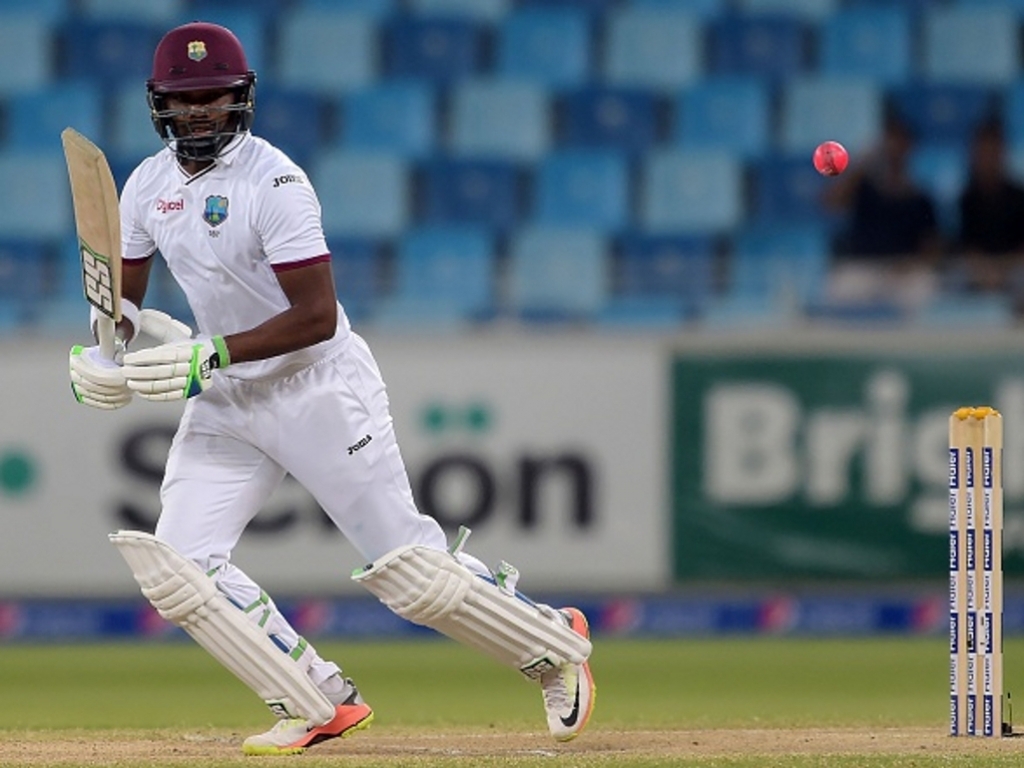 West Indies batsman Darren Bravo says that a desire to stay at the crease inspired his epic ton on the final day of the first Test against Pakistan in Dubai.

The West Indies made a bold stab at both saving the Test match and indeed chasing down Pakistan’s target as they fell just 56 runs short of a famous win in the UAE.

Bravo spent over 400 minutes at the crease facing 249 balls as he sought to fustrate Pakistan.

The left-hander said: “It was a situation where I wanted to actually bat out the entire day.

“As long as I batted and spent a lot of time out in the middle, definitely going to frustrate the Pakistanis and start to dig in for us. I just wanted to bat and have a couple of partnerships and that would make it much easier.

“I think it was a very good batting wicket for the entire match but the thing was with the situation, if we had won the game today, we would have won the game in the last session or something like that so it was all about spending time in the middle and just waiting to launch in the end.

The big southpaw was inspired by Azhar Ali’s triple century which brought home how good the pitch was for batting.

Bravo added: “It was just a matter of spending time.

“Some days I probably might score faster, some days you’ll have to stick it out. Sometimes they say you have to remove… not always glorious shots. Sometimes you have to show that solid determination and discipline to get a job done.

“I tried that in this game and it worked. Who knows, next game it can be probably fluent. You never know but at the end of the day I’m putting a lot of work in the nets and I’m really happy to reap rewards especially in this game.”

The middle-order batsman praised the efforts of Devendra Bishoo to drag his team back into the Test match and asserted that the spinner was under-used in the first innings.

Bravo went on: “I don’t think Bishoo bowled enough in the first innings and it was a conscious effort to give him the ball in the second innings to work his magic and that is exactly what he did.

“He put us in a very very good position and I’m really happy for him. He’s someone that wishes everybody well so it’s always good to see him reap rewards for his hard work and hopefully he can continue for the rest of the series.”

After a morale-sapping opening to the first Test the West Indies came within a whisker of victory, and will doubtless take a lot of positives from the way they performed towards the back-end of the first Test.

Bravo insists the Windies will be working hard to improve their performance in the second Test: “We have a few days to get things right.

“So it’s very important that we start well and just realize when we’re on top and try to carry the momentum for as long as possible. So hopefully we can get things right.

“We showed that we can compete in this Test match. After the first two days we were out of it and then all of a sudden we were in a position to win in the last hour of the day. So we are trying our best.”

The second Test of the series gets underway on Friday 21 October.