Farbrace: Buttler could make Test comeback as a batsman 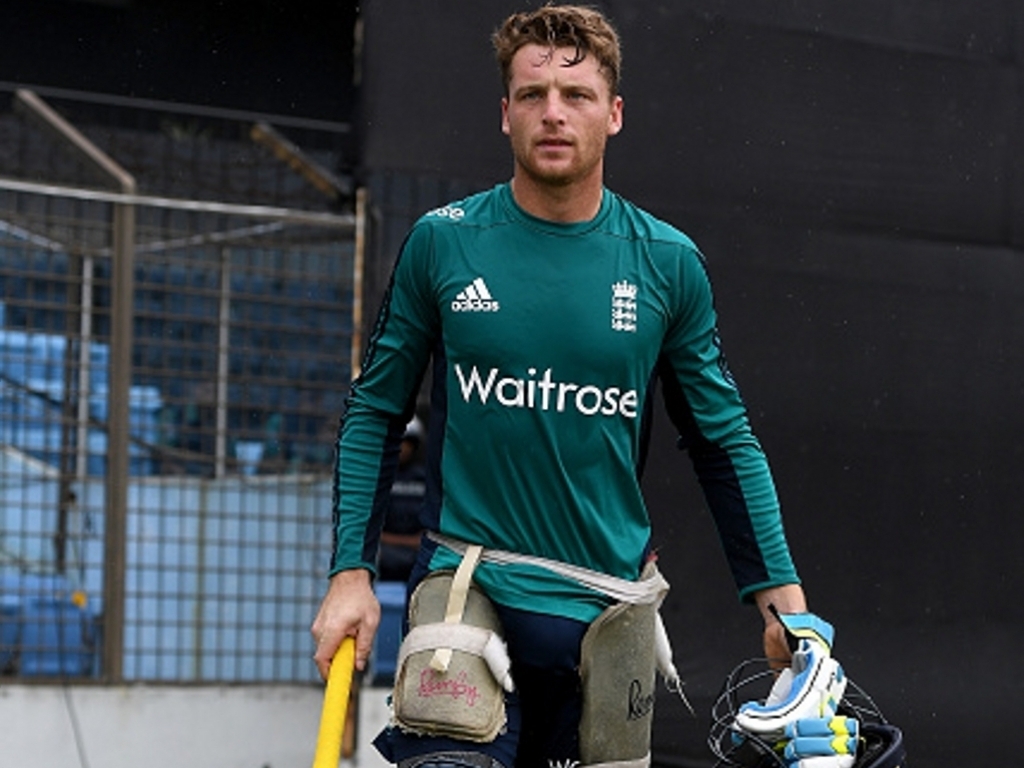 England assistant coach Paul Farbrace believes that stand-in ODI skipper and wicketkeeper Jos Buttler has the quality to make the Test XI as a batsman alone.

Buttler is in the squad as a second wicketkeeper behind Jonny Bairstow but his impressive run of form could see him put pressure on the middle order batsman in the Test side.

Farbrace said: “The way he [Buttler] has batted out here, he has looked like he’s been batting on different pitches.

“If he can play that way in red-ball cricket, there’s no reason he shouldn’t be seen as a batter.

“He’s on this trip as the second ‘keeper to start with but, if he gets an opportunity and plays that way again, there is no reason he can’t get back into the side.

Buttler played 15 Tests for England before a poor run of form with the willow saw him unseated by Jonny Bairstow who has now made the position of keeper his own and contributed runs at key moments.

With Alastair Cook yet to make the trip out to Bangladesh due to family commitments, new boys Haseeb Hameed and Ben Duckett will have chances to impress ahead of the first Test but Farbrace has indicated both could be handed England Test caps.

The coach commented: “It’s a bit of a shoot-out but they could end up both playing.

“There’s no reason why Duckett couldn’t bat in the middle order, there are places going.”