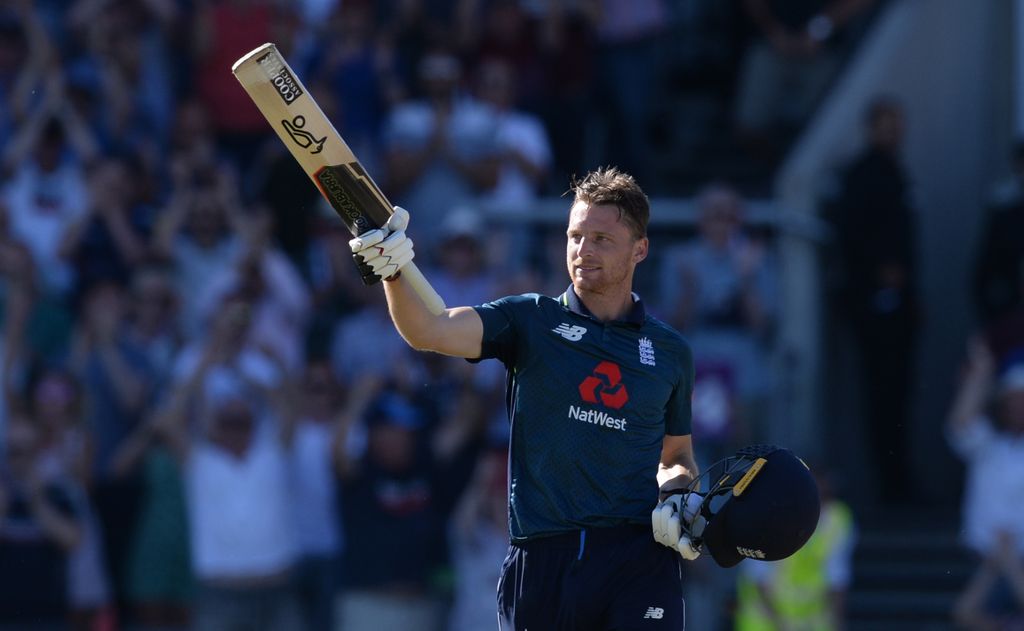 Jos Buttler scored a superb century as hosts England beat Australia by one wicket in a thrilling fifth and final ODI in Manchester on Sunday to complete a series whitewash.

Chasing a modest target of 206 after the Aussies were bowled out for just 205, England were in deep trouble at 27/4 with lanky fast bowler Billy Stanlake the chief destroyer for the visiting side with three wickets.

That was the time Buttler walked to the crease and he saw England slip to 114/8 but number 10 batsman Adil Rashid then stuck around for a what turned out to be the match-winning partnership.

The duo added 81 for the ninth wicket but Rashid (20) lost his wicket with England still needing 11 runs to win.

With number 11 Jake Ball holding his end up, Buttler went to his sixth ODI century, in his 114th game, and then finished the game in the penultimate over when he smashed Marcus Stoinis for a boundary.

Buttler was unbeaten on 110 at the end as the hosts won with nine balls still to spare.

Australia put in an inspired bowling display, led by Stanlake who finished with figures of 3-35, but they could not deliver the knock-out punch.

Earlier though the Aussies let themselves down badly with the bat as they were bowled out with more than 15 overs of the innings still remaining.

While the run-rate was always over five, the visitors kept losing wickets regularly throughout the innings.

Travis Head top-scored for the Aussies with 56 while Alex Carey (44) and D’Arcy Short (47 not out) made scores in the forties.

Moeen Ali, with his off-spinners, was the pick of the England bowlers with career-best figures of 4-46 in 8.4 overs.