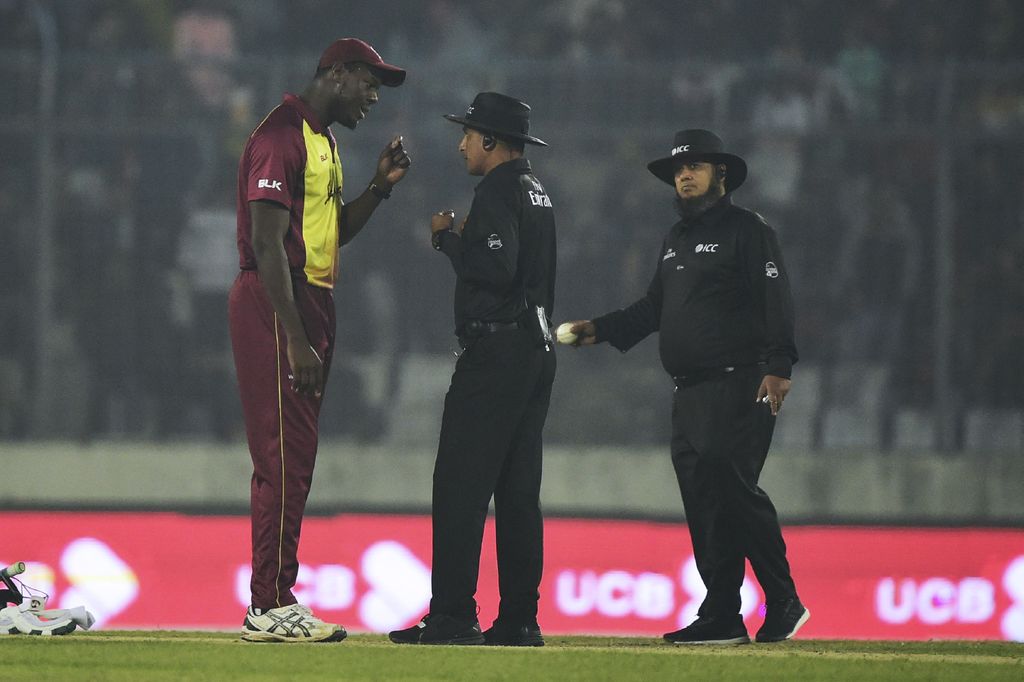 West Indies T20I captain Carlos Brathwaite had a full go at the home match officials after securing a series victory against Bangladesh in Dhaka on Saturday.

Even though the Windies won the third and deciding match by 50 runs, the victory was not without controversy as Brathwaite blasted the umpires but stopped short of saying they cheated.

Home umpires are appointed for T20I games and in the fourth over of the second innings Bangladesh umpire Tanvir Ahmed called a no-ball against Windies paceman Oshane Thomas when batsman Liton Das spooned a catch to Shimron Hetmyer at mid-off.

Television replays showed the delivery had been legal, and Brathwaite and his teammates were furious after seeing watching the big screen in the stadium.

The match was held up for approximately 10 minutes as Brathwaite spoke to match referee Jeff Crowe and his team’s management on the boundary.

The decision stood though despite a clear mistake as the rules do not allow a review against an on-field no-ball call.

Brathwaite said after the game: “The rule is that if a no-ball is called it cannot be reviewed or reversed. But if it isn’t called, it can be reversed checking the video. Everyone saw that it was not a no-ball.”

The Windies skipper said he also went to speak to the match referee after Thursday’s 36-run defeat in the second game as he felt close decisions throughout the series went against his side.

“I didn’t think the 50/50 decisions were going in our favour. Those decisions went for Bangladesh.

“I never ever want to accuse someone of cheating. I will stop short of that. They are professionals as well.

“I didn’t accuse them of cheating but I made my point clear to the match referee that every 50-50 decision in the ODI series and T20 series up to that point went against us.”