India spinner Yuzvendra Chahal has vaulted 12 places to claim second position for the first time in his career in the latest ICC T20I Player Rankings after a stellar performance in the tri-series in Colombo, which finished on Sunday.

Chahal and Washington Sundar claimed eight wickets each in the series and played leading roles in helping their side win the title. Sundar, for his contribution in the series, has rocketed 151 places to claim a career-high 31st position.

Rubel Hossain of Bangladesh has jumped 40 places to claim 42nd position and India’s Jaydev Unadkat is now in 52nd position after rising 26 places after both the bowlers claimed seven wickets apiece, but Mustafizur Rahman has slipped one place to eighth.

In the batting table, Sri Lanka’s Kusal Perera was the leading run-getter with 204 for which he has been rewarded with a jump of 20 places and has gone up to 20th position. 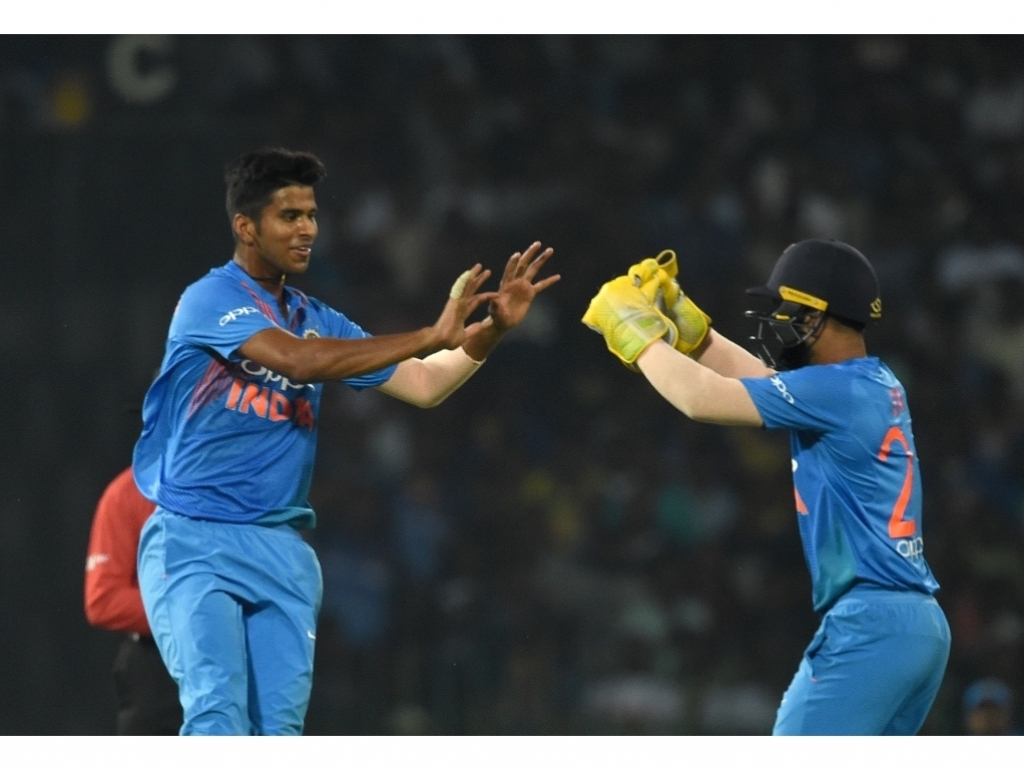 Mushfiqur Rahim of Bangladesh has gained 14 places and is now in 47th spot after a series aggregate of 199 runs, while India’s Shikhar Dhawan has achieved a career-best ranking of 17th after his 198 runs helped him to rise 11 places.

The only change in the top 10 of the all-rounders is Shakib Al Hasan, who has slipped one place to third, while Thisara Perera has moved up one place to join Mahmudullah in sixth position.

The batting table is headed by Colin Munro of New Zealand, Afghanistan’s Rashid Khan is the top-ranked bowler, while Glenn Maxwell is the number-one ranked all-rounder.

In the team rankings, Pakistan lead Australia by a fraction of a point, while India are ranked third. Sri Lanka are sitting in eighth position while Bangladesh are 10th.