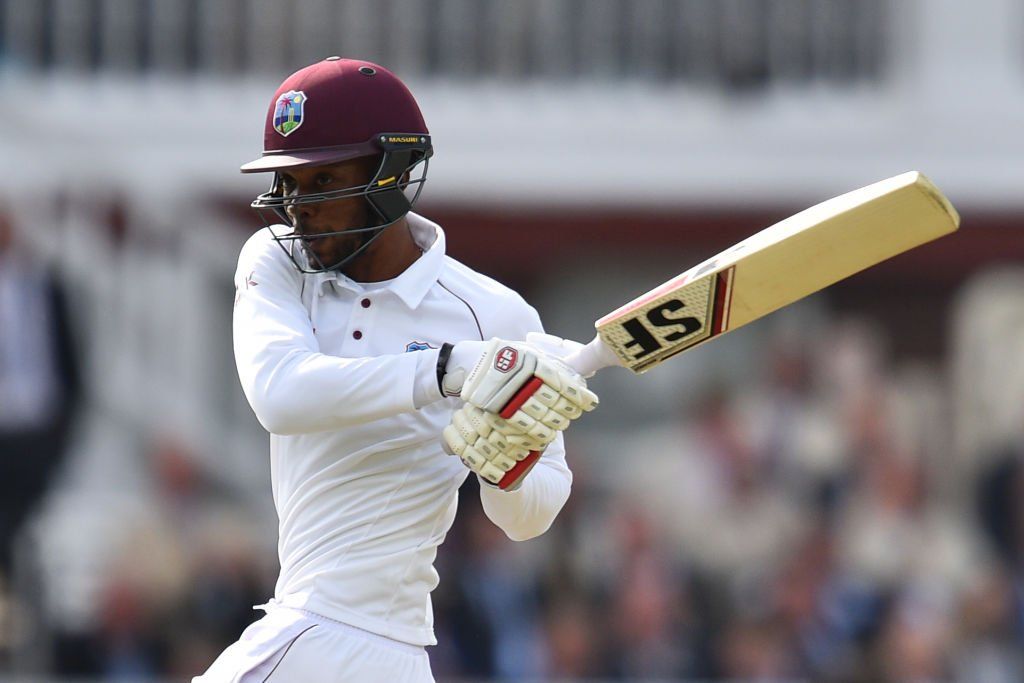 Roston Chase was unbeaten just two runs short of his fourth century to lead the West Indies fightback with the bat on day one of the second and final Test against India in Hyderabad.

Coming in at number six, the right-handed Chase was 98 not out at stumps as the Windies battled their way to 295/7 at the close.

The batting allrounder had come to the crease with the total on 92/4 in the second session with the Caribbean side again looking limp with bat in hand against the home team’s attack.

Chase led the recovery, first with Shane Dowrich (30) as the pair added 61 for the sixth wicket and then his skipper Jason Holder joined the party with a priceless 52.

The duo put on 104 for the seventh wicket before fast bowler Umesh Yadav(3-83) broke the stand five overs before the close.

Yadav had earlier struck another two blows when he dismissed Dowrich and Shai Hope (36).

The Windies batsman will be disappointed as most of them got in after Holder had won the toss and opted to bat first but none could do what Chase did and kick on to a bigger score that was required.

India will look to wrap up the innings early on day two and then look to take advantage on what looks to be a flat pitch and bat big in their first innings.

The hosts lead the two-match 1-0 after they won the first Test by mammoth margin of an innings and 272 runs in Rajkot.