Home Countries Pujara: One of my top innings in Test cricket

Pujara: One of my top innings in Test cricket 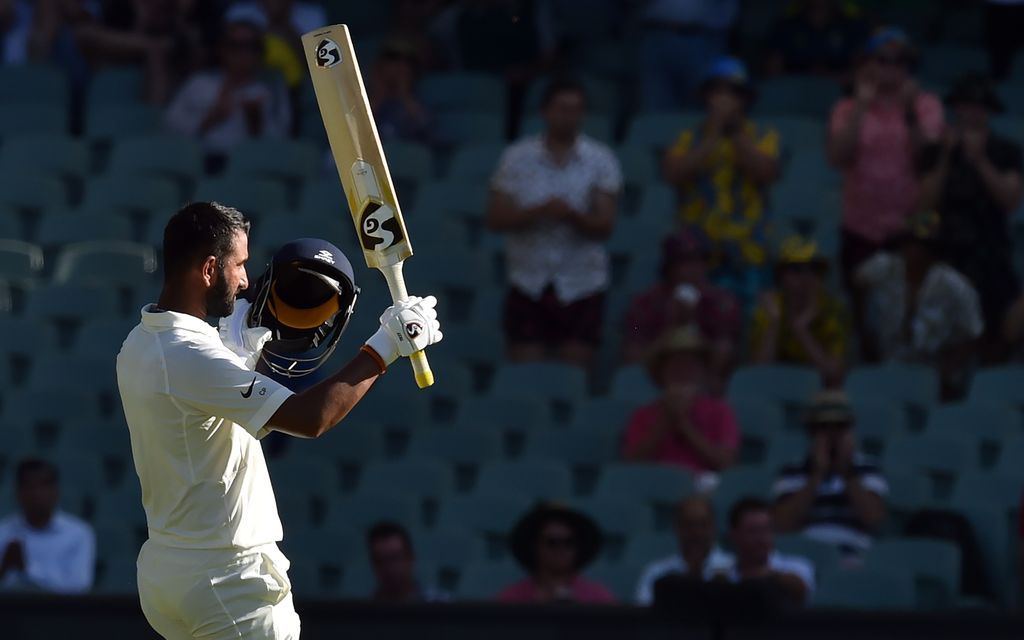 Cheteshwar Pujara described his century against Australia in Adelaide as “one of my top innings in Test cricket” after helping India recover on the first day of the four-match series.

The number three batsman will especially be pleased with his effort as it was his first hundred in Australia against a quality pace attack of the home side.

Pujara said after the day’s play: “It is one of my top innings in Test cricket, I could say top five.

“The way the teammates appreciated it, they were saying it was one of the best.”

The 30 -year-old feels India have a competitive total on the board as the pitch at the Adelaide Oval is not as easy to bat on as it looks from the outside.

The tourists struggled in the first two sessions as they reached the tea interval with the score on 143/6.

Pujara, who scored his 123 off 246 deliveries, only started to play with a positive intent late in the final session as he batted with the tail-enders.

The right-handed batsman continued: “I would say it is a decent total because there is enough turn.

“Sometimes when you are seeing it on TV, it doesn’t look like it is doing a lot but when I batted in the first and second sessions, I felt it wasn’t easy to bat on.

“I will share my experience of what line and length to bowl on this pitch with our fast bowlers.