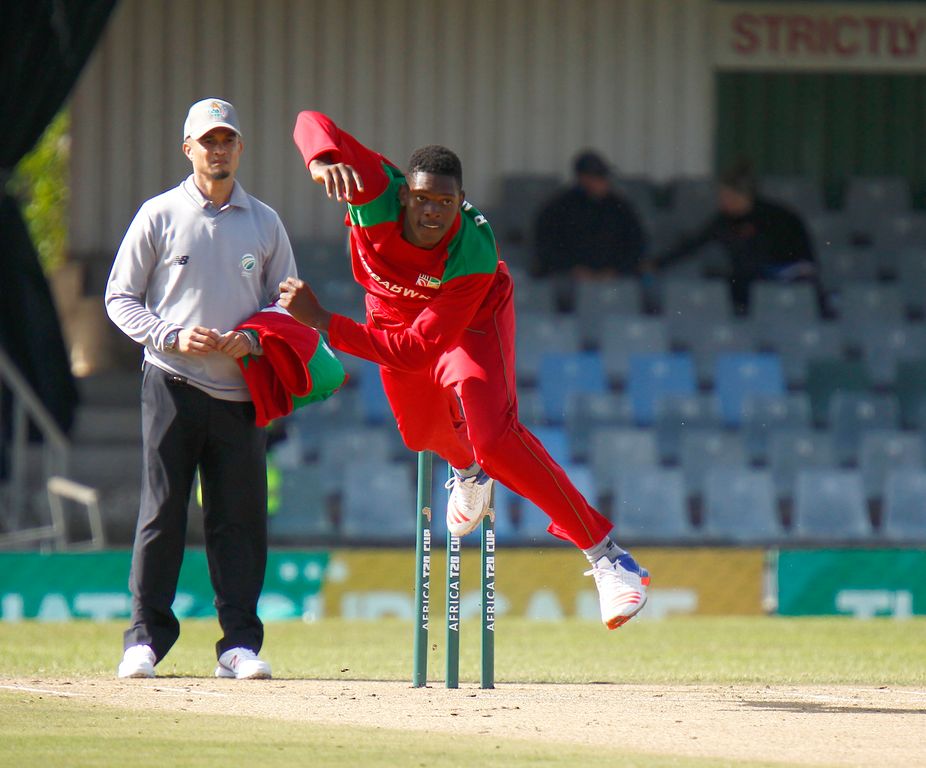 Richard Ngarava has been ruled out of Zimbabwe’s two-match Test series against Bangladesh after he sustained a groin injury during the just-ended ODI series and has been replaced in the squad by Christopher Mpofu.

Ngarava, 20, was in line to make his Test debut, but he will now have to wait longer because of the injury he picked while bowling in the third and final ODI played in Chittagong on Friday.

“Even with aggressive treatment, he will not recover in time for the Test series.”

The first Test pitting Bangladesh against Zimbabwe is scheduled for 3-7 November in Sylhet, with the second five-day match pencilled in for 11-15 November in Dhaka.

“Ngarava is part of our plan to deliberately inject youth into the team and he has worked hard on this tour, on the sidelines, readying himself for an opportunity to play,” Zimbabwe convener of selectors, Walter Chawaguta, said.

“We had plans to possibly rotate our seamers and rest those who have played all matches since the tour of South Africa and this would have presented an opportunity for Ngarava.”

Although disappointed to see Ngarava being forced out of the Test matches due to injury, Chawaguta is confident Mpofu’s experience will provide a massive boost to Zimbabwe’s chances in the series.

The 32-year-old seamer has played 15 Test matches since making his debut against Bangladesh in Chittagong in January 2005.

“Mpofu was with the team in the build-up to South Africa and, having toured Bangladesh before, he would know how to quickly adjust to conditions here,” Chawaguta said.

“He is very experienced and would give us an opportunity to continue with our set plan of rotating our pace bowling department.”

As part of their preparations for the Test series, the Zimbabweans will take on Bangladesh A in a three-day practice match starting on Monday at Chittagong’s Zahur Ahmed Chowdhury Stadium.

After suffering a 3-0 whitewash in the ODI series, the tourists will be looking to make amends in the five-day game.

“The team was obviously saddened by our performance in the ODI series and we are looking to make amends during the Test matches,” Chawaguta said.

“It’s a different ball game demanding a specific set of skills. We have decent Test experience in the squad and are calling on our experienced players to carry the team and show the younger players how to play Test cricket.”