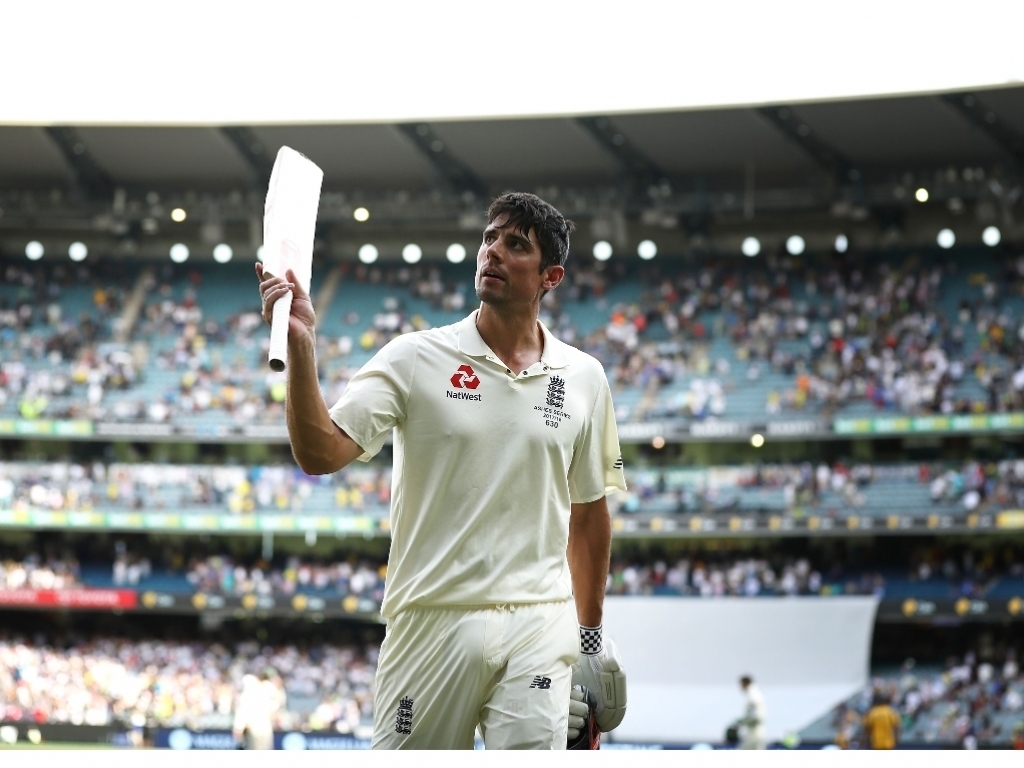 England opener Alastair Cook studded the tourists effort of 192 for 2 on day two of the fourth Ashes Test with an unbeaten century.

Skipper Joe Root was with Cook at stumps with England trailing Australia by 135 runs with eight first innings wickets in hand.

After a flat opening day with the ball England’s bowlers turned up in Melbourne to run through Australia in short order.

The nightmare of day one for Tom Curran turned into a dream as he struck early removing Steve Smith (76) to claim his first Test wicket.

At that point Australia were 260 for 4 and still looking on target for a big total but the England quicks were resurgent and working to carefully laid plans.

Chris Woakes got Mitchell Marsh (9) to drag on which allowed England to open up an end and when Shaun Marsh (61) was trapped leg before to leave Australia 314 for 6 England had the lengthened tail exposed.

Tim Paine (24) went shortly after Marsh becoming the third batsman to drag on to his stumps on day two with James Anderson earning the scalp.

Stuart Broad gets the big wicket of Shaun Marsh with the help of the @Specsavers DRS #Ashes pic.twitter.com/1mJWApb2y5

Broad attack the stumps and was rewarded with the wicket of Jackson Bird (4) whom he trapped leg before just ahead of the lunch break.

After the interval England wrapped up the Australian innings with Broad (4/51) finishing as the pick of the bowlers as the hosts posted 327.

In reply England had two solid in unspectacular partnerships of 35 and 45 as Mark Stoneman (15) and James Vince ground out starts but the real story was down the other end.

Coming in to the Test a cloud hung over both Broad and Cook as senior players under-performing on this tour and the two men really stood up.

Cook found his touch dominating each of the three partnerships he was involved in and went to his 32nd Test century late in the day.

The former skipper was dropped off the bowling of Mitchell Marsh on 66 with Smith the guilty party at first slip.