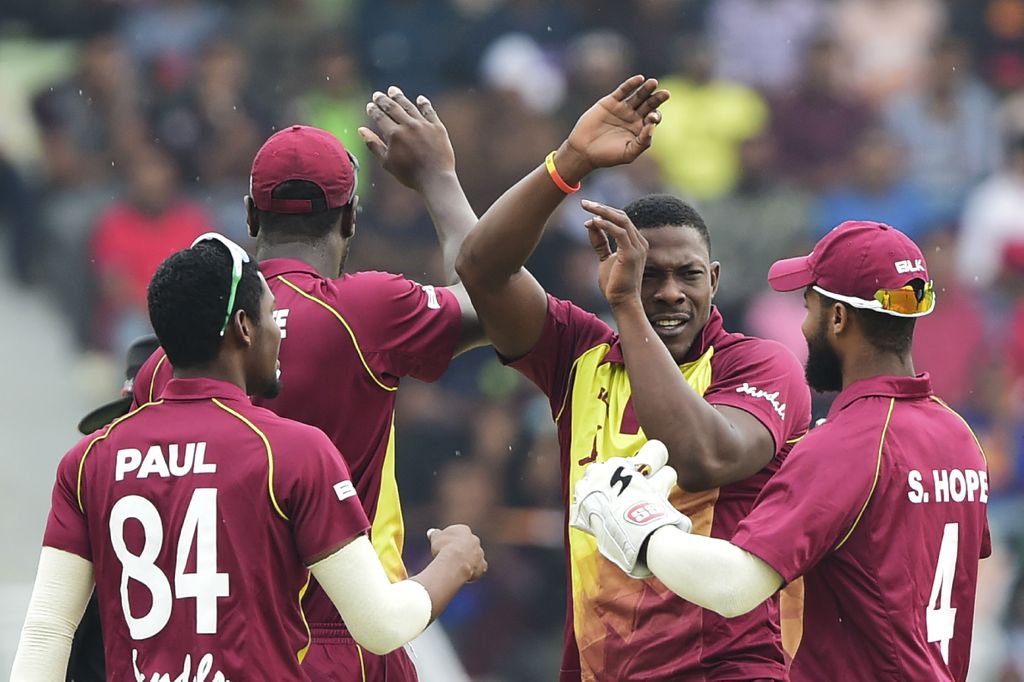 Sheldon Cottrell delivered a devastating spell of fast bowling while Shai Hope continued his good form to help the West Indies crush Bangladesh by eight wickets in the first of three T20Is in Sylhet on Monday.

Left-arm paceman Cottrell took career-best figures of 4-28 to restrict the hosts to a modest total of 129 all out.

Cottrell received good supports with the ball from Keemo Paul, who took 2-23, while the rest of the West Indies bowlers were disciplined.

Shakib Al Hasan top-scored for the hosts with 61 off 43 balls but he received no support as the Tigers crumbled under with the bat under pressure.

In the run-chase, Hope smashed 55 off just 23 deliveries and added 51 for the first wicket with Evin Lewis (18 off balls).

Both openers fell but Nicholas Pooran and Paul ensured West Indies cruised to their target, with quickfire innings of 23 and 28 respectively as the Windies knocked the target off in the 11th over.

The second and the third matches of the T20Is series will both be played in Dhaka on Thursday and Saturday respectively.