India on the brink of Test win at the MCG 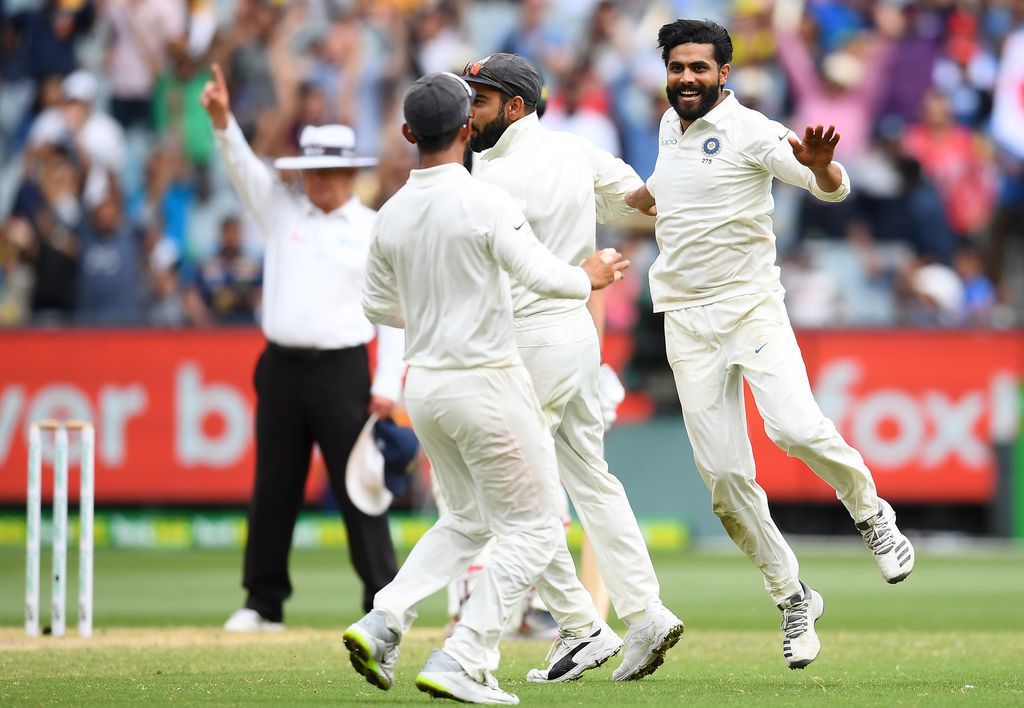 India are two wickets away from gaining a 2-1 lead in the four-match series against Australia after the home side’s batsmen again let them down on the fourth day of the third Test at the MCG on Saturday.

Australia were teetering on 258-8, still needing another 141 runs to win with the final day of the game set for Sunday.

The hosts’ batting unit again failed and they had number eight Pat Cummins to thank for taking the game into the last day as the lanky fast bowler finds himself on 61 not out.

India spinner Ravi Jadeja has been the pick of the India bowlers in the second innings so far with figures of 3-82 in 32 overs while seamers Jasprit Bumrah and Mohammed Shami took two wickets each.

The highest score ever chased at the MCG in Test cricket is 322/7 made by England in 1928.

Rishabh Pant (33) was the last man to fall before Kohli made the declaration with Cummins continuing to have a good personal game with Test best bowling figures of 6-27.