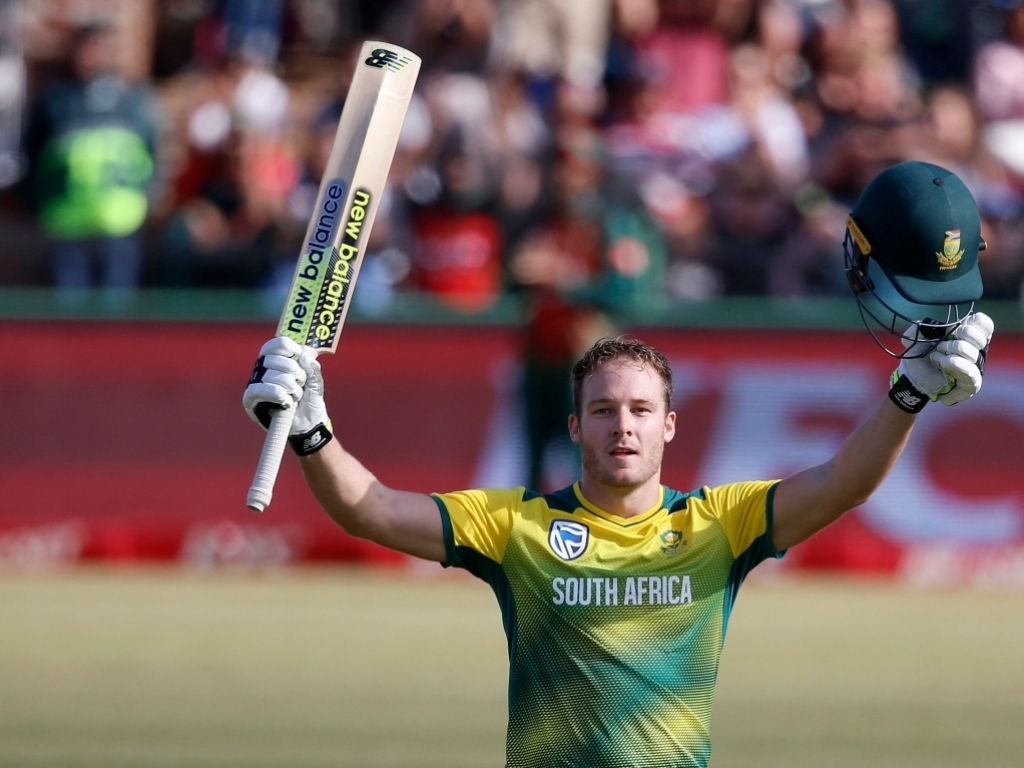 David Miller smashed the fastest T20 International century as South Africa beat Bangladesh by 83 runs in Potchefstroom to complete a miserable tour for the visitors.

Miller, who has only scored only a one fifty in his previous 56 T20Is, reached his ton off 35 in the final over of the innings and beat fellow South African Richard Levi to the fastest hundred in the T20Is.

Levi took 45 balls for century against New Zealand in Hamilton in 2012 but this knock from Miller was special as he smashed bowler Mohammad Saifuddin for five consecutive sixes in the penultimate over of the innings.

Saifuddin, who has taken the wickets of AB de Villiers (20 off 15 balls) and Amla, finished with figures of 2-53 from his four overs. Tigers captain Shakib Al Hasan was the pick of the bowlers with 2-22 from his four.

Bangladesh were never in the chase as they lost wickets at regular intervals to be 141 all out in 18.3 overs.

Bangladesh’s tour to South Africa ended with them losing heavily in all their games, which included two Test matches, three ODIs and two T20Is.