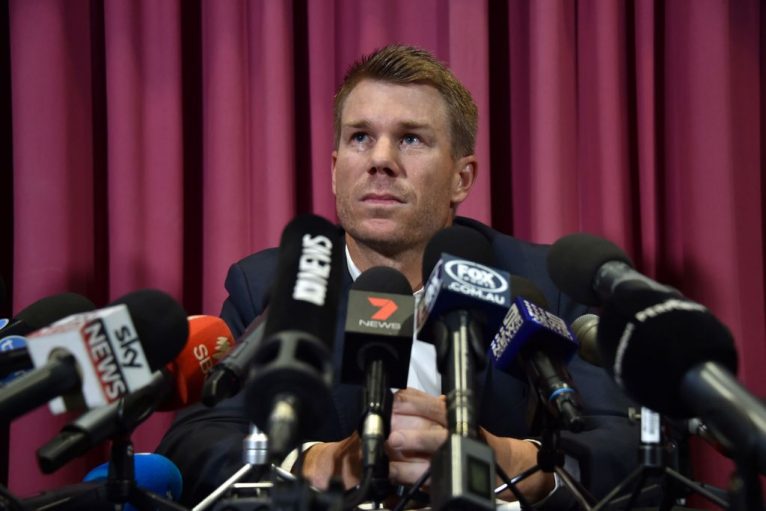 David Warner will commentate for Channel Nine during the second ODI between Australia and England despite his 12-month ban from international cricket.

The Aussies are currently in the UK preparing for a five-match ODI series starting on Wednesday.

It will be the first series in charge from new coach Justin Langer and skipper Tim Paine since the ball-tampering scandal in Cape Town that saw Warner, former captain Steve Smith and Cameron Bancroft suspended.

Warner will join Channel Nine’s coverage for the second ODI to be played in Cardiff on 16 June.

Nine’s director of sport, Tom Malone, said: “Dave is the best one-day and T20 batsman of the past decade so he’s perfectly placed to join our coverage for the UK series.

“People have tried to paint Dave as the villain in all this, but he’s been hurting as much as the others.

“We’ve had a professional relationship with Dave for five years now. We’ve always found him to be a pretty normal and humble bloke.

“He just wants to atone for his mistakes and move on – I hope Australia gives all of them that chance.”

Warner is currently into the third month of his 12-month ban and is close to returning to the playing field as he has been signed up to play in the Global T20 Canada that starts on 28 June.