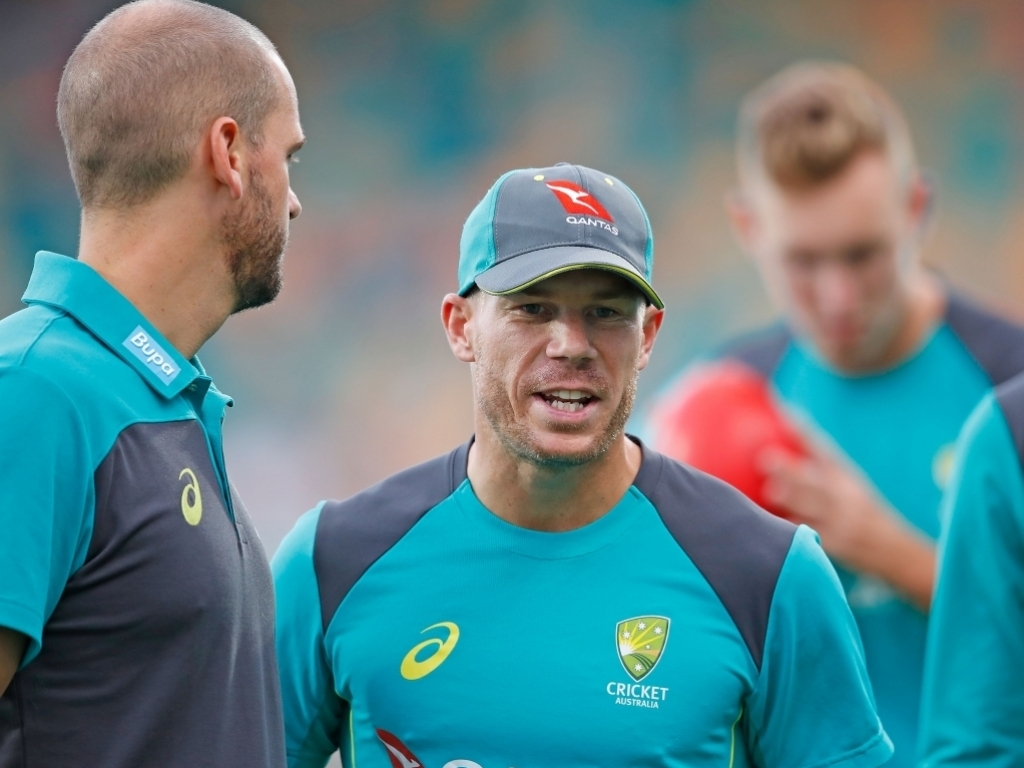 Australia captain David Warner is prepared to set some bizarre fields in a bid to curb the opposition’s batsmen in Wednesday’s T20 tri-series final against New Zealand at Eden Park.

The Aussies and the Black Caps were involved in a run-fest when they clashed at the same ground earlier in the tournament with the visitors achieving the highest ever run-chase in the shortest format.

Australia chased down 244 to beat the Kiwis by five wickets four days ago as Eden Park has notoriously small boundaries, making it a nightmare for bowlers.

The Australia skipper, who is standing in for the rested Steve Smith, is already thinking about some out of the box ways he can help his bowlers.

Warner said on Tuesday: “It’s probably one of those grounds where you should be able to have five [fielders] out straight away, as it doesn’t really matter.

“It’s a challenge. As a captain or as a bowler, we talk about setting fields, and I think you have to have obscure fields.

You might have a deep fly slip instead of a third man. They’re bizarre little catching spots, where you might get a catch.

“In Australia, you set fields for certain players where they’re going to hit. Here, [in] those fields, generally they can hit it for six.

“Where’s a mistimed pull shot going to go? Over the top for six? You might have one just behind the keeper.

“You might have, for the spinners, everyone on the straight boundary and no one there (square of the wicket), and make them try to hit a reverse sweep and maybe get a wicket. You’ve just got to think on your feet when you’re out there.

“You’ve just got to find a way to get one or two wickets in the first six [overs]; it’s as simple as that.”

The Aussies will go to the top of the T20 rankings if they can win the tri-series trophy.