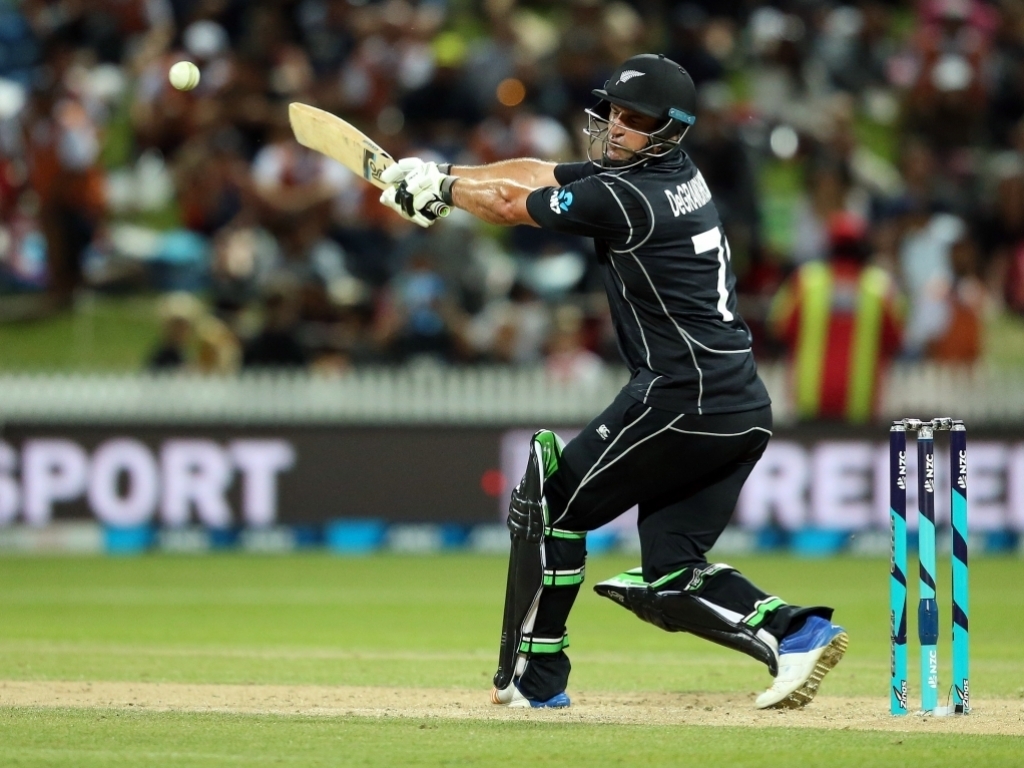 Chasing a target of 263, De Grandhomme walked to crease with the game still very much in the balance at 154/5 but he proceeded, with Henry Nicholls (52 not out), to make the match a walk in the park in the end.

Thanks to De Grandhomme’s big-hitting exploits the Kiwis comfortably won with more than four overs to spare to make it 11 consecutive victories across all three formats.

Opening pair Colin Munro (56 off 42 ball) and Martin Guptill (31) had given the hosts an excellent start in the run-chase, putting on 88 in 14 overs, while captain Kane Williamson added 32.

They were however pegged back by Pakistan leg-spinner Shadab Khan who took 3-42 in 10 overs to give the visitors a sniff of a consolation win in the series.

Earlier, Pakistan scrambled to a total of 262/8 in their 50 overs with Mohammad Hafeez top-scoring with 81, while Fakhar Zaman (54), Haris Sohail (50) and skipper Sarfraz Ahmed (51) all contributed fifties.

Seamer Tim Southee was the pick of the New Zealand bowlers with figures of 3-44 in eight overs while Williamson took 2-32 in 10 overs with his part-time offies.

The fifth and final ODI of the series will be played in Wellington Friday. The teams will then also play three T20Is.