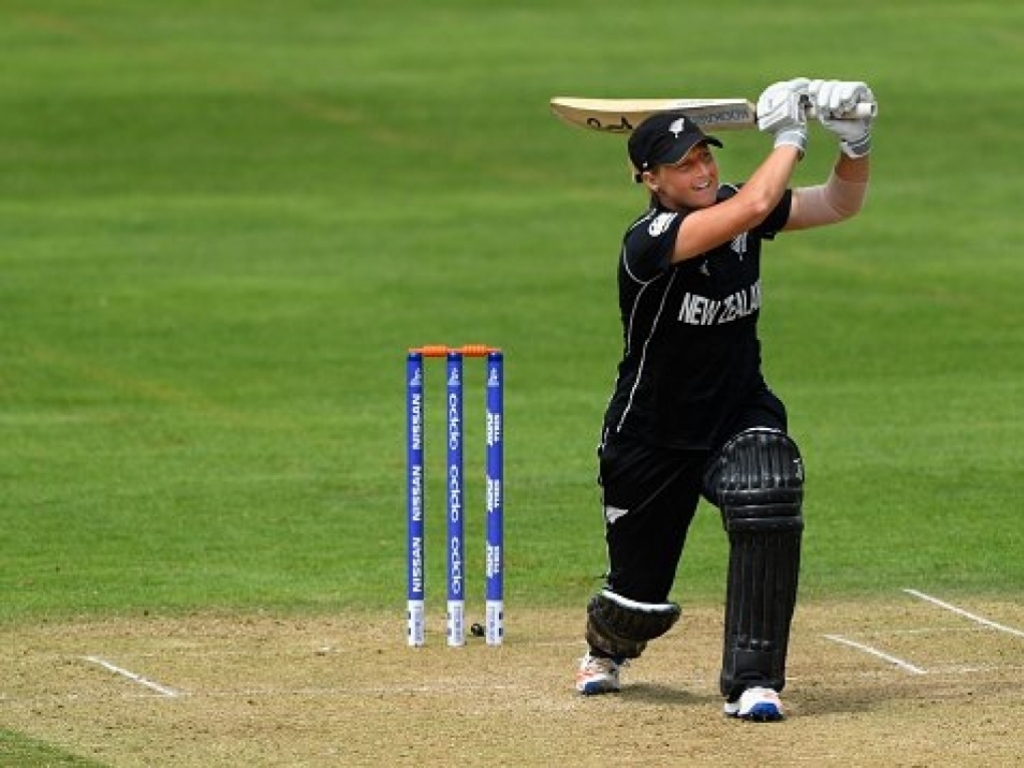 A century from Sophie Devine was followed by the bowlers holding their nerve as New Zealand Women pulled off a thrilling one-run win against the West Indies in the opening match of the three-match ODI series as part of the ICC Women’s Championship at the Bert Sutcliffe Oval in Lincoln on Sunday.

Devine’s third ODI century overshadowed Stafanie Taylor’s 93-ball 90 and Kyshona Knight’s brave 31-ball 44 not out. Kyshona almost helped Windies reach a formidable target of 279 but the home bowlers were brilliant at the death.

Sent in to bat, Suzie Bates and Devine provided New Zealand a solid start with an opening stand of 76 in 14.4 overs before Hayley Matthews broke their association. Bates, the New Zealand captain, was the first one to fall for 44, which she brought up in 46 deliveries.

The Windies bowlers struck at regular intervals, but Devine kept up the flow of runs. She built half-century stands of 60 and 63 runs for the second and third wickets respectively with Amy Satterthwaite (27 in 34) and Katey Martin (22 in 31).

Afy Fletcher sent back Satterthwaite, while Deandra Dottin trapped Martin leg before wicket. Fletcher also accounted for the prized scalp of Devine, who fell for 108 in 103 balls, which included seven fours and two sixes.

At one stage, it looked like New Zealand would post a total exceeding 300 runs, but after Devine’s wicket, the runs slowed. In the last ten overs, Windies took five wickets.

Fletcher and Taylor shared six wickets between them, while Matthews chipped in with two.

Windies needed something special to pull off the chase, and got off to a shaky start as they lost Matthews, the opener, in the eighth over off Huddleston.

The onus was on Kycia Knight and Taylor to stabilise the innings, and they delivered with a crucial stand of 57 for the second wicket before Kasperek trapped Kycia for 38. Her 74-ball knock included five fours.

Taylor kept the scoreboard ticking. She shared another steady partnership with Chedean Nation. Their association of 64 runs for the third wicket came to an end when Bates ran Nation out for 29.

Soon, Dottin was caught and bowled by Kerr, with the bowler also sending back Britney Cooper in her next over, and at 185/5, Windies were in a spot.

Taylor, though, was set and found another good partner in Kyshona. The turning point came in the 43rd over, when Kate Ebrahim dismissed Taylor nine runs short of a century.

Kyshona and Merissa Aguilleira shared 33 runs for the seventh wicket, taking the side all the way to 248 by the 46th over, before Huddleston had Aguilleira for 20.

With 12 runs needed in the last over, Kasperek was brilliant. The first two balls yielded singles, before she sent back Tremayne Smartt. Windies needed a boundary off the final delivery, they could get just two. Kyshona’s unbeaten 44 included three fours and a six.

The second ODI of the series will be played at the same venue on Thursday.