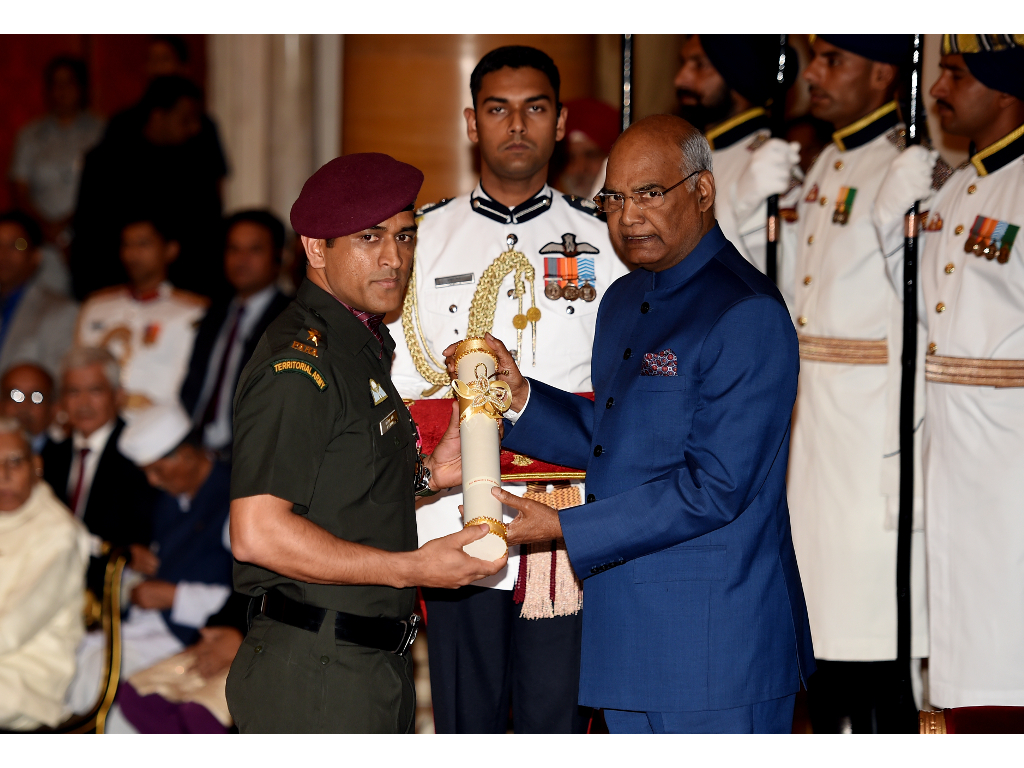 It was on that day (2nd April 2011) exactly seven years ago that India won their second ICC Cricket World Cup under his leadership.

It was his famous six that ended a 28-year World Cup drought by winning the title in front of the home crowd at the Wankhede Stadium.

Mr. Dhoni arrived at the ceremony in his Lt. Colonel (Hony) uniform, which was conferred by the Indian Territorial Army on November 1, 2011.

A popular figure across India the man known as Captain Cool has made a significant contribution both to cricket and civic life in India.

The award is conferred for “distinguished service of a high order…without distinction of race, occupation, position or sex.”

Rahul Dravid was the most recent cricketer to earn the award ahead of Dhoni having been honoured in 2013 and former India skipper Kapil Dev received the award in 1991.

Tributes to the former skipper poured in from all over the world via social media with former players and current teammates offering high praise for the man.