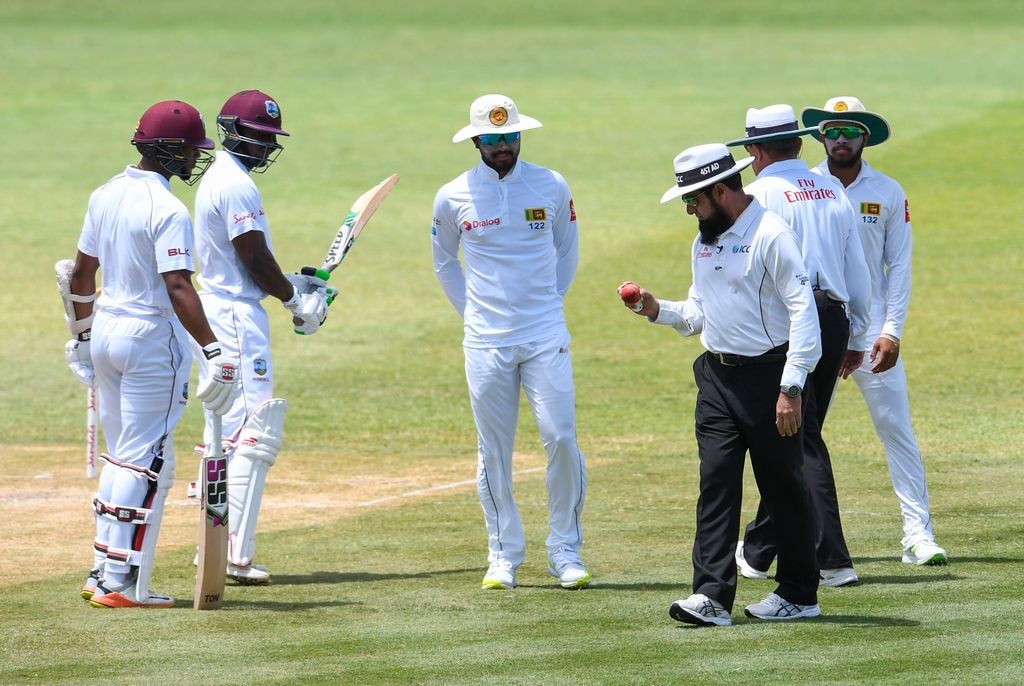 Sri Lanka captain Dinesh Chandimal has been charged by the ICC after the third day’s play in the second Test against the West Indies in St Lucia was overshadowed by a ball-tampering row.

The start of the third day was delayed by two hours after Sri Lanka had refused to take the field following a decision by umpires Aleem Dar and Ian Gould to charge Sri Lanka with altering the state of the ball during the latter stages of Friday’s play.

The ICC said on their twitter account on Sunday: “Sri Lanka captain Dinesh Chandimal has been charged for breaching Level 2.2.9 of the ICC Code of Conduct.”

Sri Lanka had already been handed five penalty runs on Saturday, although that relatively minor punishment was inconsequential compared to the Sri Lankans’ obvious anger at being accused of what amounts to cheating.

The tourists refused to take the field on Saturday and after many discussions agreed that they would continue with match but would play “under protest”.

The Sri Lanka cricket board (SLC) backed their players.

The SLC said in statement: “The team management has informed us that Sri Lankan players have not engaged in any wrongdoing.

“SLC advised the team to take the field to ensure the continuity of the match and wish to commend the decision taken by the team ‘under protest’ to ensure the upholding of the spirit of the game.”

In March this year, Australia were caught tampering with the ball in the third Test against the Proteas at Newlands.

Steve Smith and David Warner were stripped of the captaincy and vice-captaincy respectively and banned from playing international cricket for 12 months.

Opening batsman Cameron Bancroft, the player caught on camera applying sandpaper to the ball, was banned for nine months.