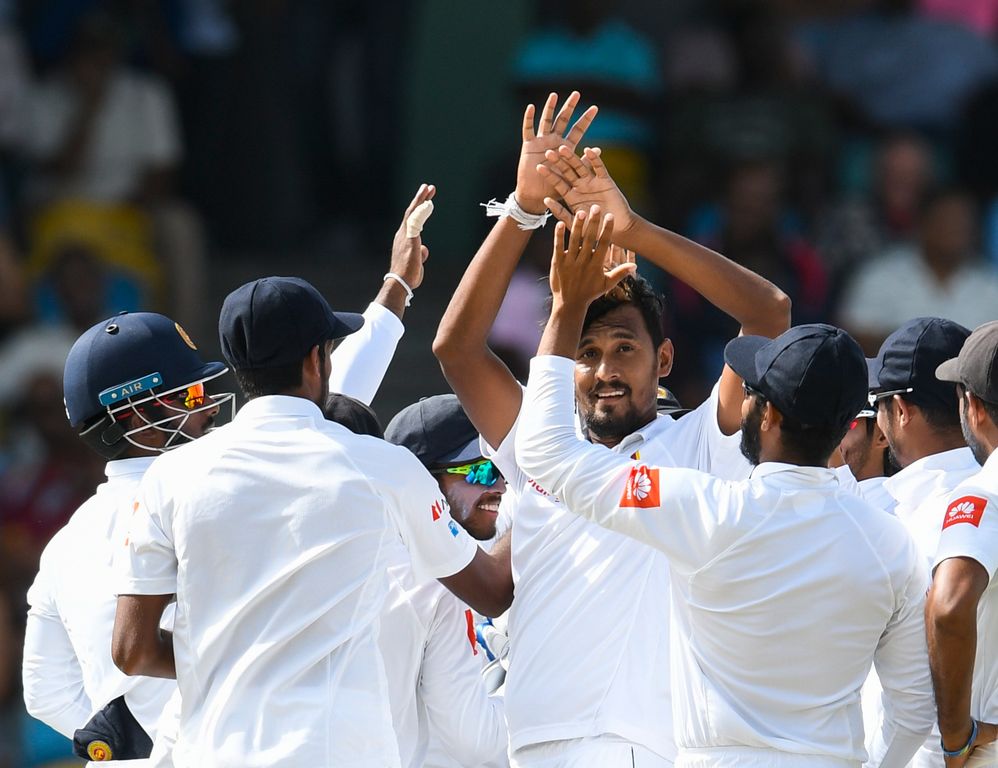 Sri Lanka made a strong start to the day-night Test against the West Indies in Barbados, reducing the home side to 53/5 before a combination of the rain and a fifty from Shane Dowrich proved crucial.

The Windies eventually went to stumps on 132/5 with only 46.3 overs being bowled on the first day of the third and final Test of the series.

After the hosts had won the toss and opted to bat, new Sri Lanka captain Suranga Lakmal removed both openers, Devon Smith (2) and Kraigg Brathwaite (2), before five overs were complete.

Lahiru Kumara then got rid of Kieron Powell (4) as the Windies slipped to 8/3 but Shai Hope and Roston Chase stopped the rot somewhat as they took the total to 24.

Kasun Rajitha though made the breakthrough for the visitors when bowled Chase (14) through gate and the seamer struck again when had Hope (11) caught at second slip.

Dowrich and Holder did a fine repair job and when rain brought the day to a close wicketkeeper Dowrich wasunbeaten on 60 and skipper Holder on 33 with the two sharing an unbroken stand of 79.

Sri Lanka need to win this Test, the first ever day-night Test in the Caribbean, to salvage a draw in the three-match series.