Du Plessis: Good to have Steyn’s ‘x-factor’ in ODIs 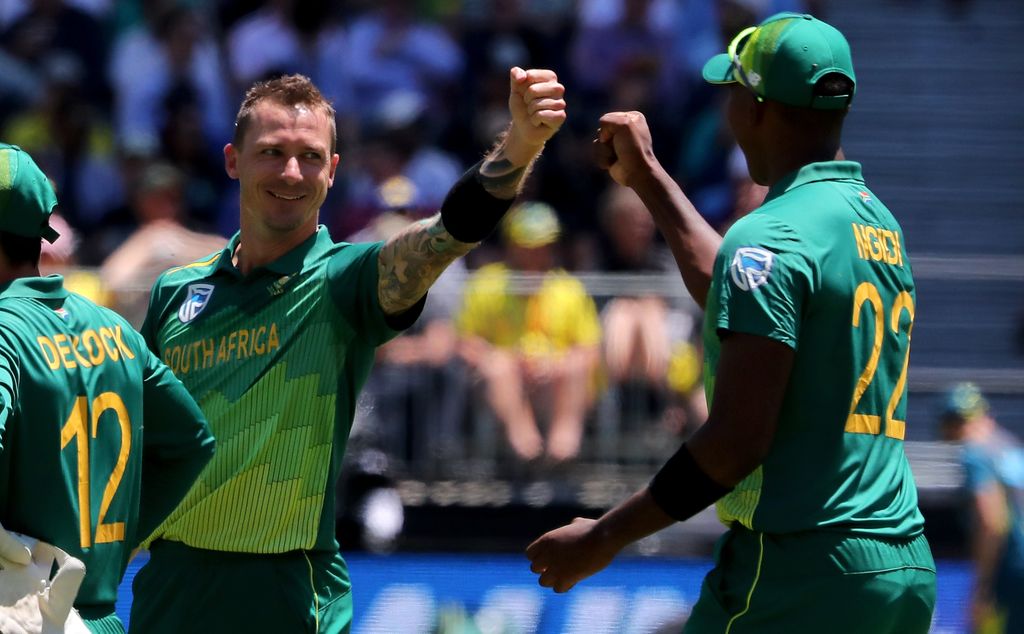 Proteas captain Faf du Plessis said it was good to have the “x-factor” of fast bowler Dale Steyn back in the ODI side as they made a winning start to their series in Australia.

Steyn set the tone upfront as he removed both Travis Head and D’Arcy Short in the third over, with Australia reduced to 4/2 after Du Plessis had won the toss and chose to field first.

The hosts never recovered from that false start and were eventually bowled out for just 152 in 38.1 overs with Steyn finishing with figures of 2/18 in 7 overs to pick up the man-of-the-match award.

The Proteas had no trouble knocking off the runs as Quinton de Kock and Reeza Hendricks put on 94 for the first wicket to put the game first of three ODIs to bed.

Steyn returned to international 50-over cricket last month against Zimbabwe after a two-year absence in which he battled plenty of injuries and his skipper is delighted to have him back.

Du Plessis said after the game in Perth: “Yeah, very good. Exceptional with the ball and in the field. A very good day in the office.

“Brilliant to have Dale back. It’s good to have that x-factor in your bowling attack. I like to take the positive option.”

The tourists lost three late wickets before eventually sealing a six-wicket victory and the Proteas captain said they could have been more clinical.

“Sometimes it was tricky out there, the odd one bouncing, but they batted nicely. Nice to see the fielding click. I’d have liked us to be a little more clinical, maybe eight, nine wickets but we’ll take the win.”

The second ODI of the series takes place in Adelaide on Friday.