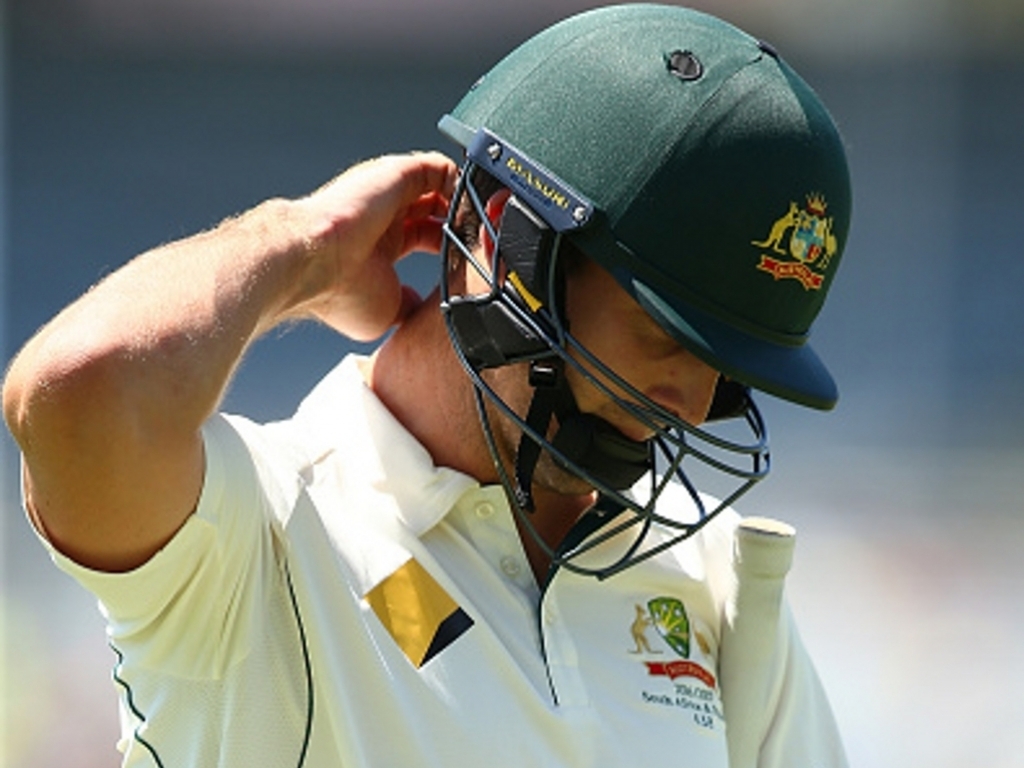 Australia batsman Mitchell Marsh may still be smarting from the review that saw him given out leg before on the final day of the first Test against South Africa, but EagleEye have defended their ball tracking system in the wake of a number of critical comments made by prominent figures in the game.

The on-field umpire Aleem Dar gave Marsh not out but when the Proteas chose to review the ball tracking system showed the ball from Kagiso Rabada clipping the leg stump despite seemingly angling down the leg side.

The ICC recently widened the area of projected impact that would allow decisions to be overturned and under the previous iteration of DRS Marsh would not have had to walk.

Taylor told ESPNCricinfo’s Dan Brettig: “I talked to my guys [in Perth] and we talked to the ICC and showed the process we went through, and we’re happy with it.

“They had a really good pitching point off the pitch, and a really good contact point on the shoe, it wasn’t on the pad. They felt confident they could extrapolate from those two points to make the prediction.

“They have the choice there of saying they think there was insufficient data, but they saw it really clearly and it didn’t continue out on that line [down leg], it hit the foot right in front of middle stump.

Taylor backed his technology as superior to cricketer’s instincts and invited any skeptics to visit them and see how the system works.

The Kiwi continued: “What surprises me is so many people can make a call straight away with just seeing the replay from the end-on view, when we’re going through four super slo-mo cameras and HotSpot.

“That was the process they went through. I fully respect the guys who spent their whole careers out in the middle, it’s an instinct they have and that umpires have.

“We definitely don’t dismiss that and we take very seriously the views of those people. Our doors were open to all of the commentators to come down at lunchtime – we had people wait there because we thought someone might.

“We’ve also re-affirmed to the ICC and all the umpires as well that the door is always open, come on down and talk it through so we all learn from it.”

Taylor indicated he would be open to the third umpire or an ICC-accredited official sitting in on the analysis of data to provide more transparency and clear lines of accountability.

Taylor added: “The issue for us is if we did this properly with a third umpire who was trained and there [with the technology operators], he could have made the call that my guys made.

“That’s what we talk about – here’s all the information we’ve got, and you make a call whether you want us to project this on or not, because you’re an umpire.

“The argument we have about a third umpire or ICC-accredited person who sits with our guys, the third umpire sitting up in the box does not know what’s going on down in our room. Who’s talking, what we’re seeing, what we’re looking at, what we’re replaying and what our thought process is.

“We’ve always argued if we had a fully qualified person from the ICC sitting in that room with everybody, we would go with that.”