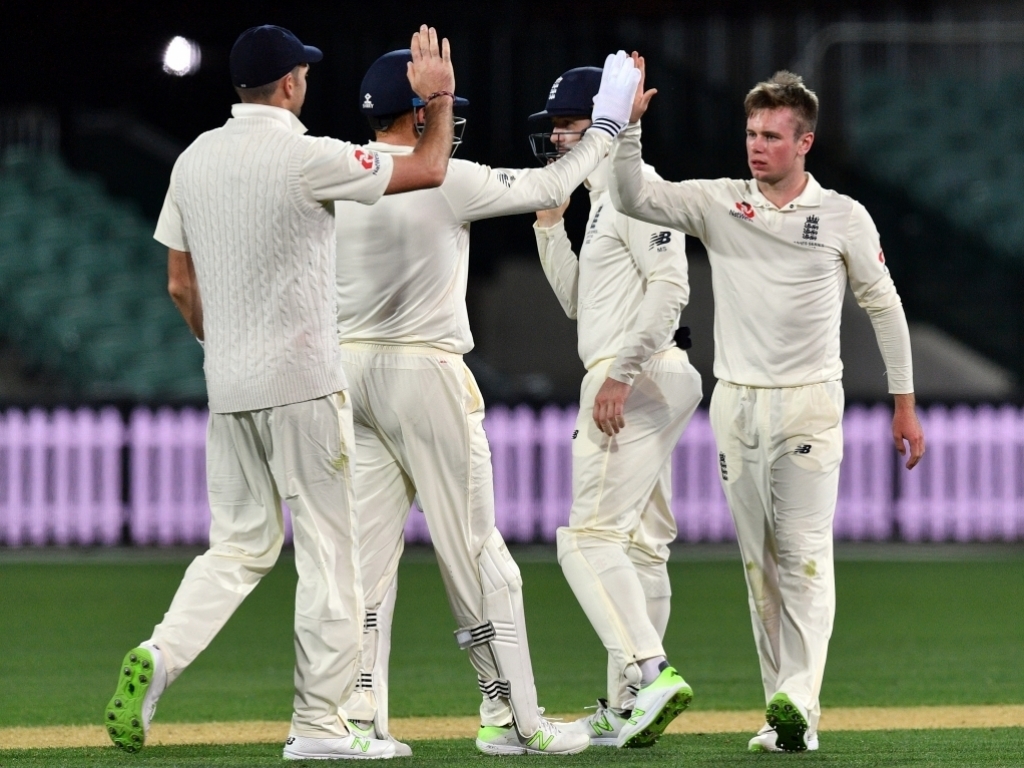 England took control of the four-day day/night tour game against a Cricket Australia (CA) XI in Adelaide, the tourists restricting the home team to 233/9 declared on the second day.

The visitors’ first innings was wrapped up for 293 in the opening session, with the CA XI declaring late in the day as England survived five overs before stumps, reaching five without loss.

Leg-spinner Daniel Fallins finished with five wickets on his first-class debut for the CA XI, picking up tail-ender Jimmy Anderson to finish with figures of 5-73.

From there, the CA XI stumbled with the bat to be 5-57, before an impressive 86-run stand from captain Tim Paine (52) and Matthew Short (45) led the revival.

A quick-fire 50 off 58 deliveries from allrounder Simon Milenko helped the CA XI close the deficit under 70 runs, with England leg-spinner Mason Crane claiming 3-78 off 21 overs.

Seamers Anderson and Chris Woakes picked up two wickets each while Jake Ball took the other scalp before he was forced off the field after spraining his ankle in his fourth over.