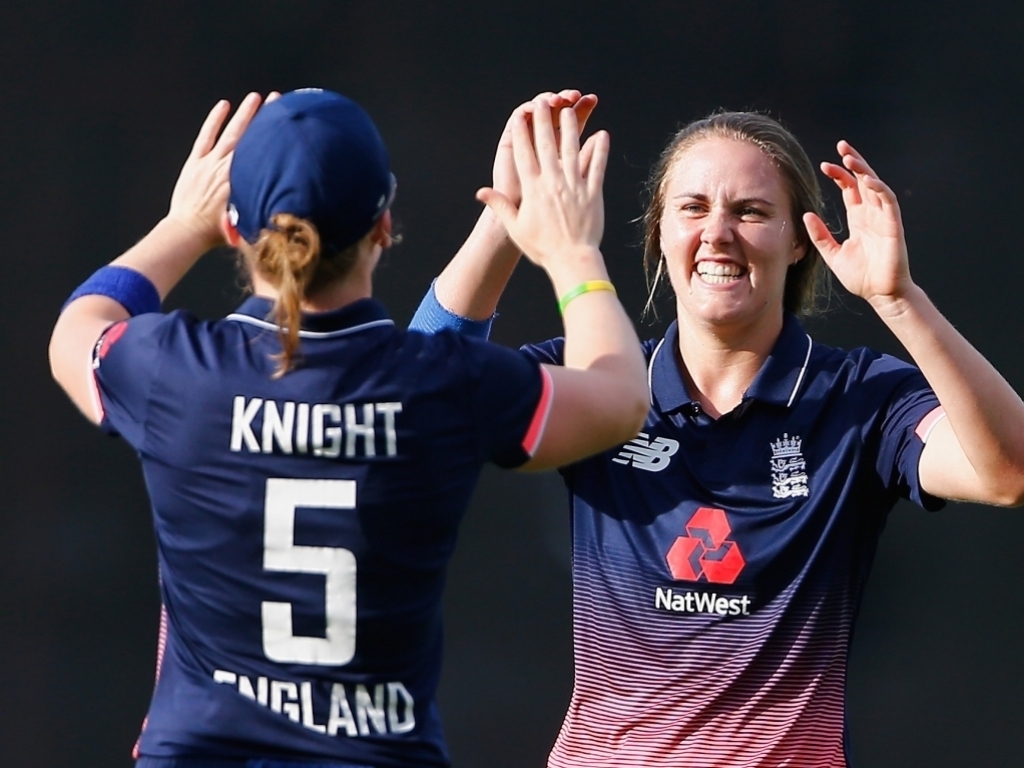 England registered their first victory of the Women’s Ashes when they beat Australia by 20 runs (DLS method) in the third ODI at the Coffs International Stadium on Sunday.

Opener Alyssa Healy (71) again played the aggressor, hammering 12 fours as she and Nicole Bolton (62) combined for a 118-run opening stand to put Australia in a strong position.

The departure of Healy and Bolton left Ellyse Perry (23) and Elyse Villani (8) at the crease, with neither player able to really get going as the required run rate continued to build.

Alex Blackwell toiled hard in her innings of 37 in her 250th international match, but the lack of pace from the England bowlers made the going tough, the pressure proving too much for Australia’s middle order.

Earlier in the day Australia was forced to take to the field first having lost the toss, but Perry (2-51) ensured her side made a fast start with the ball, the speedster trapping Lauren Winfield lbw for 0 in the second over.

A 122-run partnership from Tammy Beaumont (74) and Sarah Taylor (69) gave England a solid base before a half-century to captain Heather Knight (88 not out) pushed the total toward the 200-mark.

It took a brilliant piece of fielding from Healy to remove Beaumont as Australia’s bowlers set out to stop the flow of runs.

Megan Schutt was again impressive with the ball finishing with four wickets, while Jess Jonassen (1-53) and Ashleigh Gardner (1-50) also claimed one wicket-a-piece.

In a multi-points format, the teams will now play a one-off day/night Test in Sydney starting on 9 November before concluding the series with three T20Is.