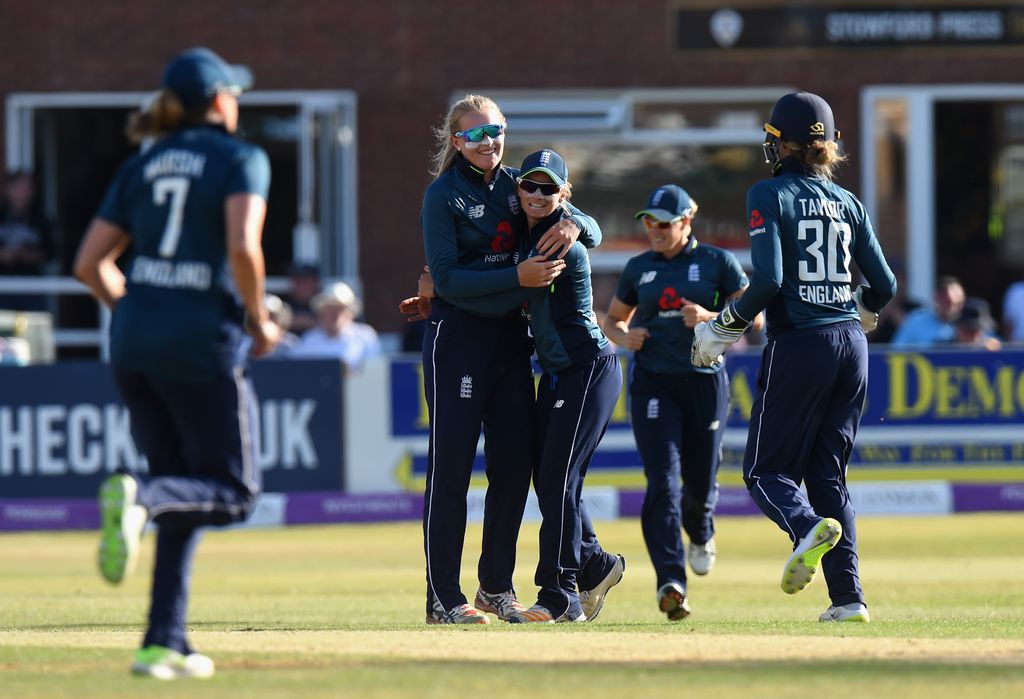 England recorded an emphatic 123-run victory over New Zealand in the second game of the Women’s ODI series in Derby on Tuesday.

The win means the hosts now have an unassailable 2-0 lead in the three-match series with the final game to be played in Leicester on Friday.

England Women won the toss and elected to batted first, posting a total of 241 all out in 48 overs with opening batter Tammy Beaumont top-scoring with 67.

The other fifty in the innings came from number five batter Natalie Sciver, who struck 54, but the White Ferns did well to keep the hosts to a reasonable total.

Spinner Jess Watkin was the best bowler for the visitors with figures of 2-30 in nine overs while Leigh Kasperek and Sophie Devine also picked up two wickets apiece.

New Zealand Women were then bundled out for just 118 as they could only bat out 38 overs in a rather lame batting display.

Suzie Bates top-scored with 24 but no other batters offered any resistance in a tame effort with the willow.

England left-arm spinner Sophie Ecclestone was the pick of the bowlers with 3-14 in eight overs while seamer Katie George took 3-36 in seven overs.