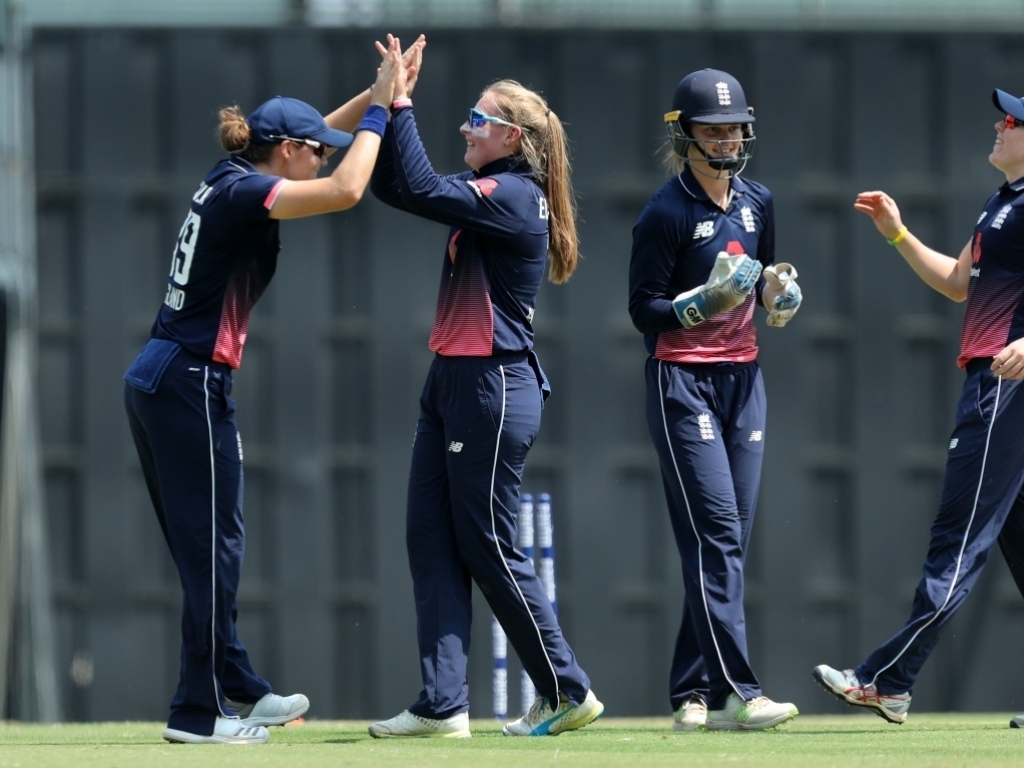 Spinner Sophie Ecclestone took four wickets as England women cruised to an eight-wicket win to draw level in the ODI series against India in Nagpur on Monday.

Left-arm slow-bowler Ecclestone returned remarkable figures of 4-14 in ten overs, including five maidens, as the home team were bowled out for just 113 in 37.2 overs.

Opener Smriti Mandhana top-scored for the hosts with 42 but the only other batters to reach double figures were Deepti Sharma (26 not out) and Devika Vaidya (11) in a woeful batting display by India.

The visitors got off to the good start in the run-chase as opening pair Wyatt (47) and Tammy Beaumont (39 not out) put on 73 for the first wicket to virtually kill the game.

England captain Heather Knight (26 not out) was at the crease when her team got the winning runs with more than 20 overs to spare.

The third and deciding ODI of the series will also be played in Nagpur on Thursday.