A remarkable Chase in Barbados – but not from England 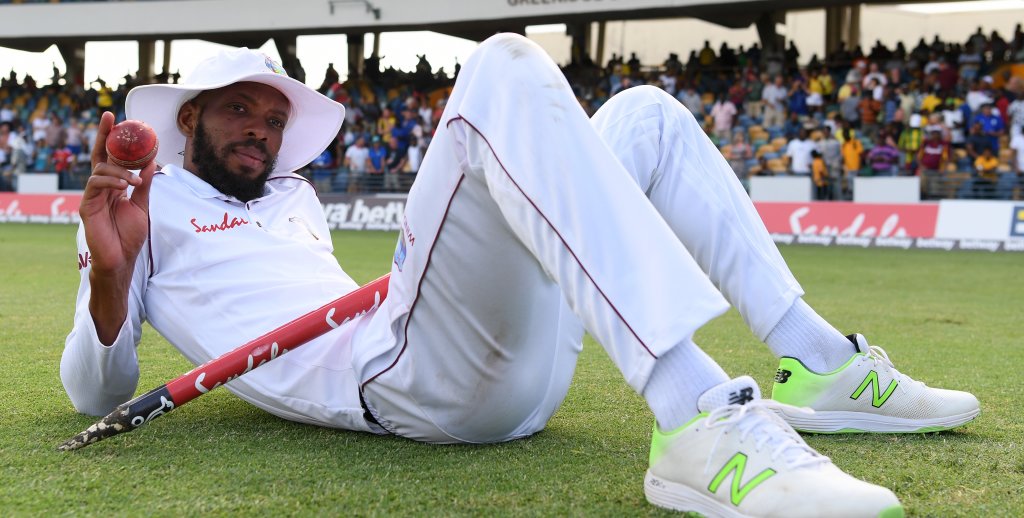 England’s minuscule hopes of a famous rearguard in Barbados ended in a humiliating 381-defeat in the first Test as unheralded spinner Roston Chase took remarkable figures of eight for 60.

Chase arrived at the Kensington Oval with a career bowling average north of 47, but played the role of languid assassin despite finding no appreciable spin.

England will look back in horror at their latest visit to Bridgetown, having been rolled over for 77 in the first innings and spent almost an entire wicketless day failing to part a seventh-wicket pair. But their capitulation at the hands of a functional off-break bowler who had expected to play a peripheral role was arguably the most surprising and dispiriting twist of all. There will have been plenty of miffed off punters who lost money through backing England with William Hill sportsbook, too, no doubt.

From 215 for four they were dismissed for 246 on the fourth evening, with Rory Burns’ career-best 84 the scantest of rewards.

The task ahead of England as they started out 56 without loss was formidable – somehow find a way to shatter the world record chase by reaching 628 or hang around for two entire days for a draw.

Dave Tickner: Test cricket – a game where 246 can be so much worse than 77

First to have their say were Burns and Keaton Jennings, a rookie opening pair looking to answer questions over their long-term future as well as overcome more immediate travails.

Burns already had 39 to his name after a swift start on the third evening, quickly reaching his second half-century. His second scoring shot zipped involuntarily wide of third slip, but he was also able to dispatch a couple of half-volleys as he settled in.

He continued to mix positivity, and a decent range of strokes, with some dicey moments, but Jennings slowed to a crawl, scoring 14 in 84 balls. When he was finally tempted out, Alzarri Joseph slanting one towards the cordon, a thick edge was gratefully snaffled by Jason Holder.

England came within moments of reaching lunch without further loss, Jonny Bairstow scoring at a livelier rate than his predecessor, but faltered in the final over.

That had been handed to Chase, who must have been as surprised as anyone to see his fifth ball sneak between Burns’ bat and pad to part the stumps. The Windies returned in high spirits, only briefly punctured when Joe Root was out to a no-ball.

Shannon Gabriel did everything right – generating pace, finding just the right amount of bounce and thudding the glove – except keep his boot the right side of the line. At least he learned his lesson, staying just behind when he banged one in at Bairstow, who brushed it away from his ribs and into the gloves of stand-in wicketkeeper Shai Hope.

Despite more speed and hostility from Gabriel it was the gentle offerings of Chase which continued to hurt England. Root was furious to donate his wicket to the 26-year-old, yelling in self-reproach and thudding bat against helmet, after angling a flat off-break to Darren Bravo at slip.

According to CricViz's Expected Wickets model, which evaluates the quality of every delivery based on their ball tracking components, Roston Chased had an Expected Wicket Sum of 1.38 wickets in the fourth innings. He took eight. #WIvENG

Holder cannot have intended to utilise Chase as long or as productively as this but watched on in delight as he duelled with Ben Stokes. There was a little back-and-forth between the pair, a poor lbw decision over-ruled by the batsman, who broke the shackles long enough to skip down the track and launch a sweet six down the ground.

It was Chase who won the day, though, drifting one into the knee-roll and winning a sounder decision this time. At 215 for five defeat was now certain, but the manner and the swiftness cast England in a poor light.

Moeen Ali fared worst of all, bagging his second duck of the match just before tea after wafting Chase fancifully to slip.

Chase took a wicket in each of his next three overs and, although he relied on some outstanding fielding on each occasion, the selection of shots was curious at best.

Jos Buttler cannot have expected John Campbell to leap to his left and claim a diving one-handed chance, but why was he whipping aerially through midwicket anyway?

Ben Foakes and Adil Rashid also perished to skilful catches and Sam Curran was last man out, stumped on the wander, as Chase celebrated a scarcely believable day in the sun.