Cook hails Root after cashing in against Windies 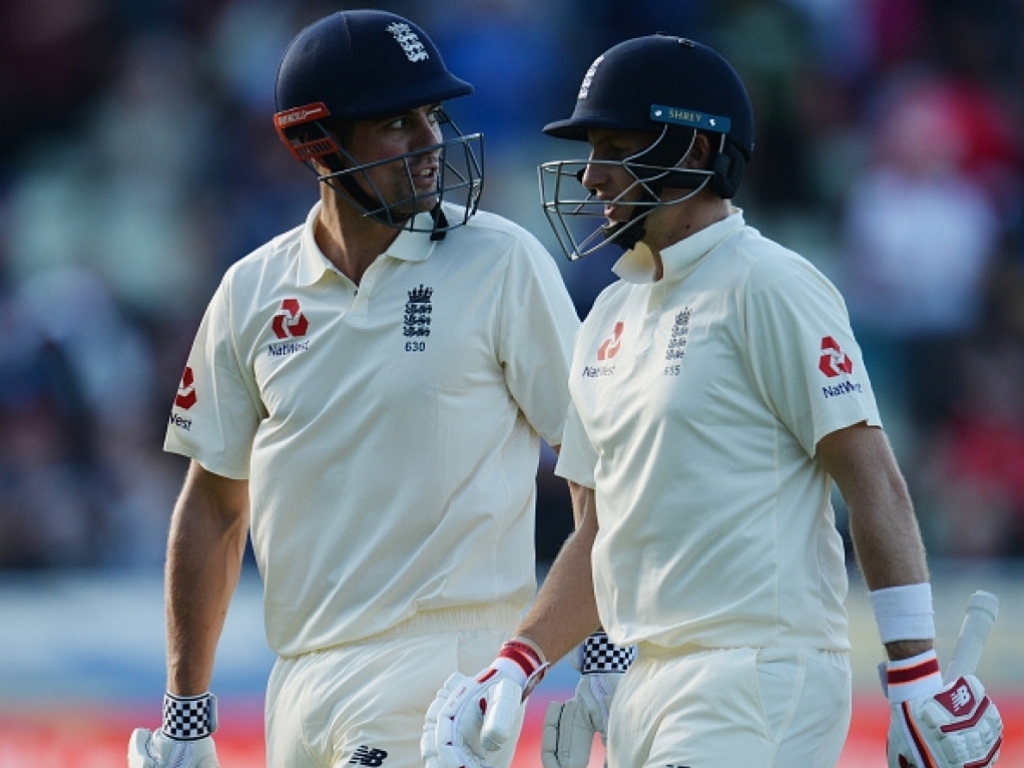 England opening batsman Alastair Cook has hailed his captain Joe Root as one of the best players he has played with after putting the home side in a dominant position after day one of the first Test against West Indies at Edgbaston.

The 32-year-old Cook struck his 32nd Test century and batted the whole day to be unbeaten on 153 at the close as England reached 348/3 in their first taste of day-night cricket in the longest format.

However, the former skipper was quick to praise Root as the two shared in a partnership of 248 after the home were in a spot of bother at 39 for two after winning the toss and elected to bat first.

Root hit a majestic 136 off 189 balls before he was bowled through his gate by a Kemar Roach delivery 15 overs before stumps.

The 26-year-old became the first English player to go past a score fifty in 11 consecutive Tests.

Cook said after the day’s play: “It’s fairly frustrating when you have a 30-run start on him and he beats you to a hundred by 30. He makes it look quite easy, frustratingly easy in fact.

“It’s incredible how he managed to score like he does. If he’s not the best English player I’ve played with, he’s right up there.

“His game is phenomenal, he’s churning out runs, his 11th consecutive Test with a fifty, that’s phenomenal consistency against world-class bowlers, and around the world as well.

“Is he a genius? I don’t know, but he’s an unbelievable player to watch from the other end, how he moves, his rhythm – it’s a lesson to us all, isn’t it?”

Cook though gave his own masterclass on how to bat in Test cricket, soaking up 276 balls in his knock as he scored his first international ton of the home season.

When asked to give his verdict on the pink ball the left-hander said more games needed to be played to judge how it goes.

Cook continued: “I think if you get 150 and not out at end of the day, of course you’ll enjoy it.

“The jury will always be out on the pink ball until we know more about it, two or three years down the line, how it reacts in all kinds of situations.

“But, if you were using a red ball, under a clear blue sky and on a good wicket like Edgbaston, it would have been the same.”