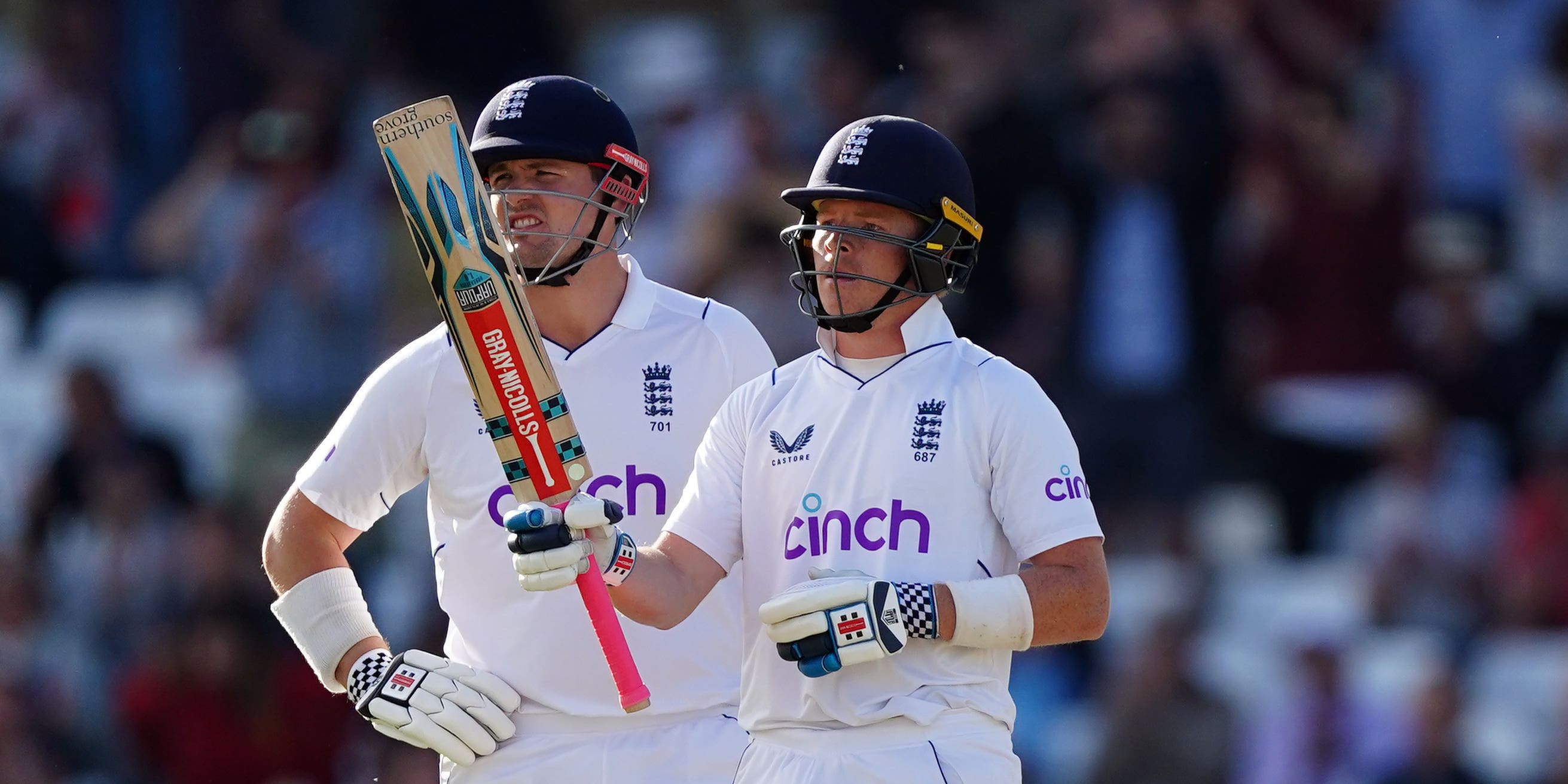 Alex Lees and Ollie Pope rode their luck and held their nerve as England attempted to build a worthy response to New Zealand’s record total in the second LV= Insurance Test.

Spurred on by a sterling 190 from Daryl Mitchell and 106 from Tom Blundell, the tourists helped themselves to 553 all out – their highest ever score on English soil.

After 145.3 overs of sapping work in the field, the mixture of scoreboard pressure and weary legs looked a recipe for disaster for the hosts, who lost opener Zak Crawley just 12 balls into the reply.

But they were able to recover to 90 for one at stumps after centurion Mitchell put down both Lees and Pope at slip.

Mitchell had benefited from an early slice of luck himself, dropped on just three by Joe Root, and England must hope at least one of their overnight duo cashes in just as emphatically.

Lees made an encouraging 34 not out, his best effort yet in a short international career, while Pope’s 51no offered tantalising glimpses of the dominant county batter who has too often shrunk in an England shirt.

But their efforts so far represent a start and no more. New Zealand have the luxury of a handsome score behind them and have plenty of margin for error as they hunt for wickets on Sunday.

Crawley will be kicking himself after falling for four – the 20th single-figure score among his 41 England knocks – but it took a brilliant piece of new-ball bowling from Trent Boult to take the edge.

Lees could have fallen similarly when he nicked Tim Southee on 12, with a ‘gimme’ chance evading Mitchell at first slip.

The left-hander felt his way into the innings by leaving well and picking off width, but it was Pope’s bright cameo that will most excite an England set-up who doubled down on their investment in his promise by promoting the 24-year-old to number three despite a modest Test record.

He top-edged Matt Henry for sixes on a couple of occasions but also produced a series of glorious cover drives that would have left his Surrey faithful nodding in appreciation.

It would have meant precious little had Mitchell snapped up his nick on 37, but like Lees he lives to fight another day.