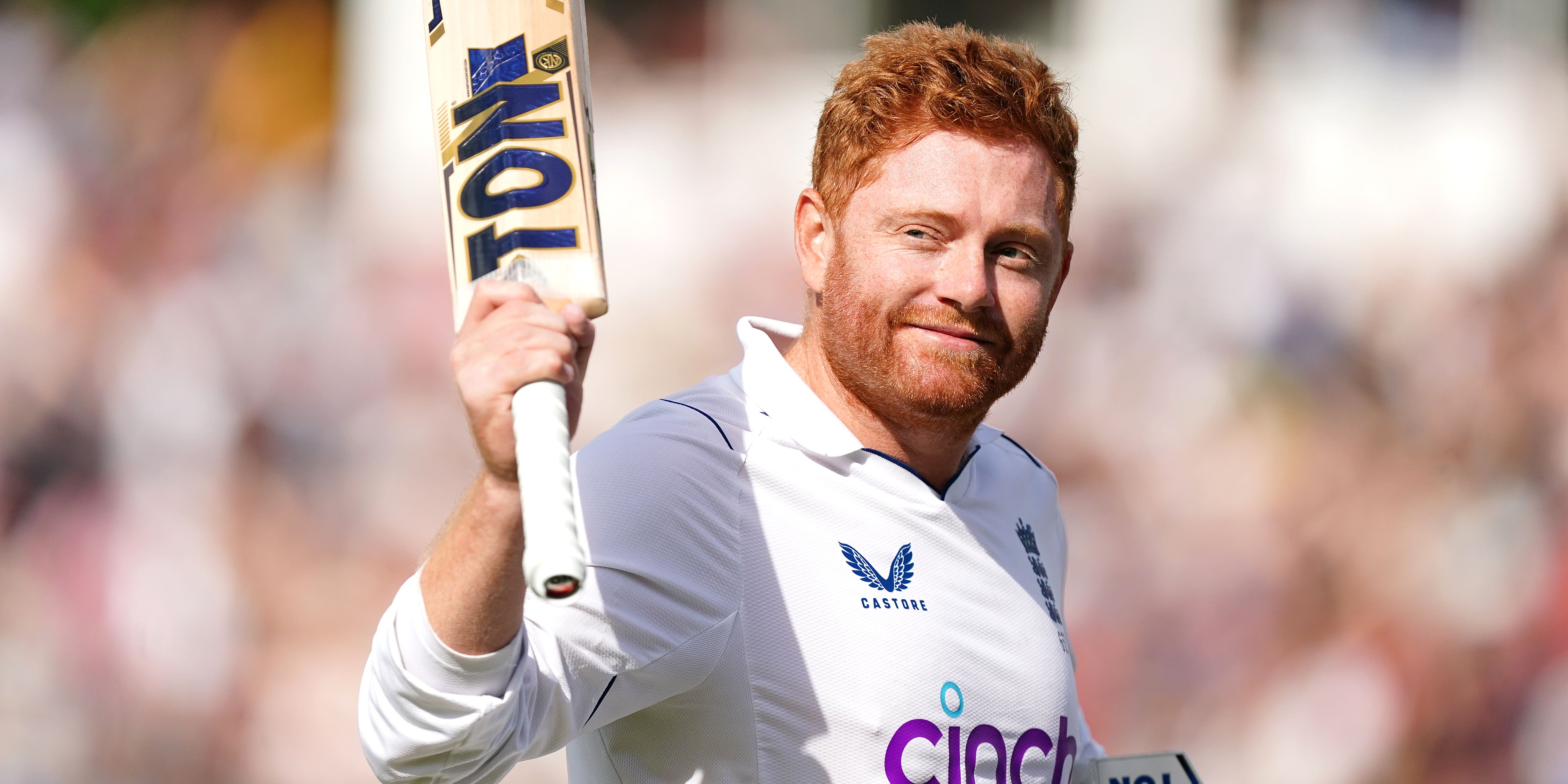 Jonny Bairstow gave a tell-tale sign to his England team-mates that he was ready to do something special before his match-winning century against New Zealand, with captain Ben Stokes spotting a familiar glint in his eye.

With the series on the line heading into the final session of a riotously entertaining second LV= Insurance Test, Bairstow picked his moment to be England’s hero.

With England needing 160 to win off 38 overs at the tea break, he hit a furious hot streak that none of the Kiwi bowlers could live with. By the time he was finished he had 136 off 92 balls, the second-fastest Test ton by an Englishman and scored seven sixes and 14 fours.

It was a once-in-a-lifetime knock but Stokes, his partner in the decisive 179-run stand, had a feeling it was coming.

“He had his ‘Jonny eyes’ on and when he gets those eyes on you know you’re on to something,” Stokes said.

“It’s something we talked about in the dressing room. But to play the way he did once he got past fifty was mindblowing. It was just one of the best things I’ve ever seen, for him to do what he did in the fourth innings, chasing a big total with the game in the balance.”

Asked if he was aware of the unintended signal of intent, Bairstow laughed it off.

“Jonny eyes? It’s always handy when you go out to bat with your eyes,” he said.

“It’s not the first time it’s been mentioned, but I’ve never seen my own eyes when I’ve been out there like that. It’s obviously a good thing and I’ll take it as a good compliment.”

Joking aside, Bairstow is renowned as one of the most passionate players in the England set-up and he was thrilled to have delivered at a clutch moment for his team-mates.

“I’m hugely proud of the way I went about it and I’m hugely proud of the fact on day five we have come together as a group and we won a Test for England. There’s been some tough times over the last couple of years and we’ve all been there so to entertain a full house and play the cricket that we’ve played is a huge testament to the guys in the dressing room.

“The bravery that they’ve showed to go out and play that kind of cricket has been great fun.”

Focusing on the key moments when he and Stokes put their foot down and blasted the New Zealanders out of contention, Bairstow added: “When you get in that mood, you’ve got to just go with it. The plan that they set out with after tea was do or die; so you’ve got to do.

“Ben at the other end said ‘don’t even think about hitting one down [into the ground], hit it into the stands’. That was the catalyst. Today was our day, and what a day it’s been.”